1 year since the first espresso drink in Space ever 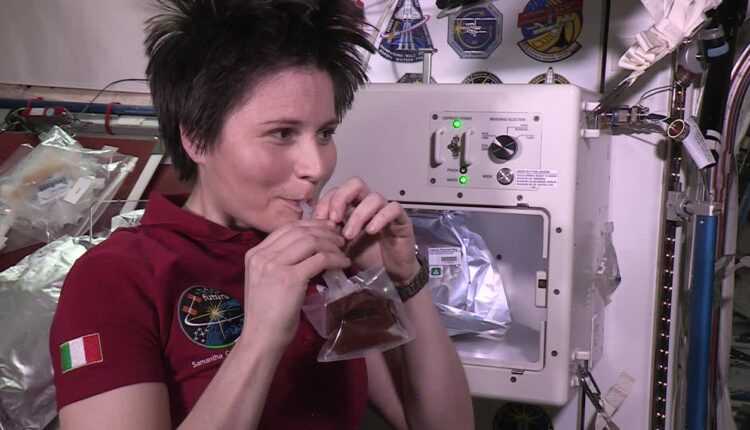 1 year since the first espresso drink in space

By Sorin Rusi Last updated NEVER TUESDAY. , NEVER
0 308
Share
Delayed plane? Flight canceled? >>Claim compensation now<< for delayed or canceled flight. You can be entitled to up to € 600.

A year ago, more precisely on 3 more 2015, at 12: 44 GMT, astronauts on International Space Station (SSI) they enjoyed the first ever espresso drink in space.

All due ISSpresso, the first capsule espresso machine designed specifically for use outside the Earth's atmosphere. Produced by Argotec and Lavazza, ISSpresso gives astronauts on the International Space Station the opportunity to drink a Lavazza espresso whenever they want.

ISSpresso was installed on the International Space Station by Samantha Cristoforetti, Italian astronaut representing the European Space Agency, captain in Italian aviation and a member of Futura, the second long-term mission sent to the SSI by the Italian Space Agency.

The first espresso drink in space

Thus, a year ago, Samantha Cristoforetti became not only the first Italian in space, but also the first astronaut in history to drink an authentic Italian espresso while orbiting the Earth.

ISSpresso is the first capsule-based espresso machine capable of operating even in the most extreme conditions of space, due to its name being the International Space Station (ISS), where it was installed.

ISSpresso was created by Lavazza and Argotec

ISSpresso was created by Lavazza and Argotec, the Italian engineering company specialized in aerospace systems design and European leader in the preparation of healthy and nutritious dishes for space consumption.

The partnership between Argotec and Lavazza emphasizes how the collaboration of two of the most important Italian companies can lead to innovations with an extraordinary international significance.

The ISSpresso espresso machine, which uses the same Lavazza coffee capsules as the ones used on Earth, was designed and built to provide authentic Italian espresso from all points of view, keeping the aroma, body, taste and temperature of the coffee intact.

Thus, the drink is produced under microgravity conditions, respecting all the characteristics of a true Italian espresso. The space coffee brewing system allows astronauts to prepare a long coffee or other hot drinks, also making it possible to rehydrate food.

All activities designed to support this experiment were supervised by the Argotec control center. Some of the solutions discovered have led to obtaining international patents, which will be useful both for future missions in space, but also for use in different ways on Earth.

Every detail of ISSpresso has been studied in detail in order to respond to a real scientific and engineering challenge, such as the problem of the administration of liquids in space under high pressure and temperature conditions, which involved studying the principles of physics and fluid dynamics.

Thus, for example, the plastic tube through which an ordinary espresso machine is supplied with water has been replaced in the case of ISSpresso with a special steel tube that can withstand pressures above 400 bar.

ISSpresso is, in fact, so complex that it weighs about 25 kilograms, all its essential components being duplicated for added safety in any situation.

(Video) Airbus A321 Wizz Air at the Budapest Aviation Show