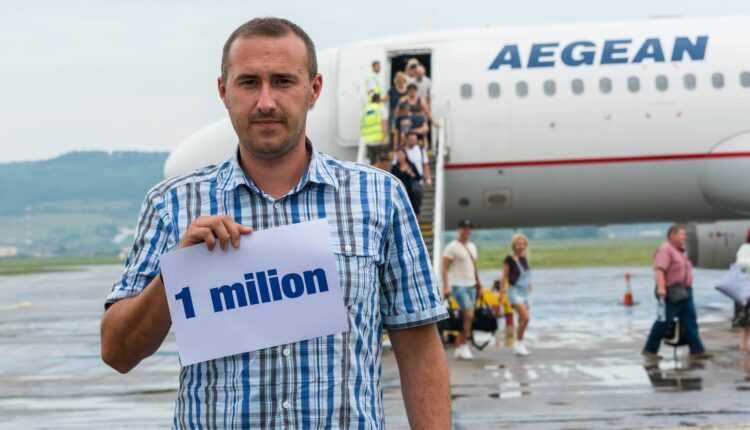 1 million passengers through Cluj airport, in the first months of 2016

In the first 8 months of 2016 days, "Avram Iancu" Cluj International Airport processed 1 million passengers. This threshold was reached a month earlier compared to 2015.

Also during this time, 10 new destinations were opened from the airport and the frequencies of existing flights increased. At the same time, 3 airlines started flights from Cluj: Lot Polish Airlines (Warsaw), Blue Air and Atlasglobal (Istanbul).

Thus, on 10 August 2016, Cluj International Airport reaches for the 6 in its history the threshold of 1 million passengers registered in a calendar year. The passenger with the number 1 million, Mr. Marius Pop, traveled on Aegean Airlines flight. 1 million passenger was greeted by representatives of the Cluj County Council, the airport, other guests and the media.

You can see the growing trend of the airport in Cluj, but is it ready to support the processing of over 1.5 million passengers per year? Passengers complain about endless queues, crowds and growing delays.