10 years of flights with Airbus A380 Emirates

At 1 August 2018, Emirates celebrated 10 years of Airbus A380 aircraft flights. The first commercial flight with super jumbo was on the Dubai - New York route, on 1 August 2008.

The largest passenger plane, Airbus A380, enjoys the attention of the passengers. Emirates, the largest air carrier with A380, has celebrated 10 years since the first flight operated by this type of aircraft.

Emirates has 104 A380 aircraft in operational service and 58 of custom units. They fly regularly to 49 from cities on 6 continents, being daily logged on 80 departures from Dubai.

From 1 August 2008, the date of Emirates' first flight with A380, and to date, the A380 Emirates aircraft fleet has carried over 105 millions of passengers. Flights totaled over 1.5 billion miles, the equivalent of 39 000 of travel around the world. 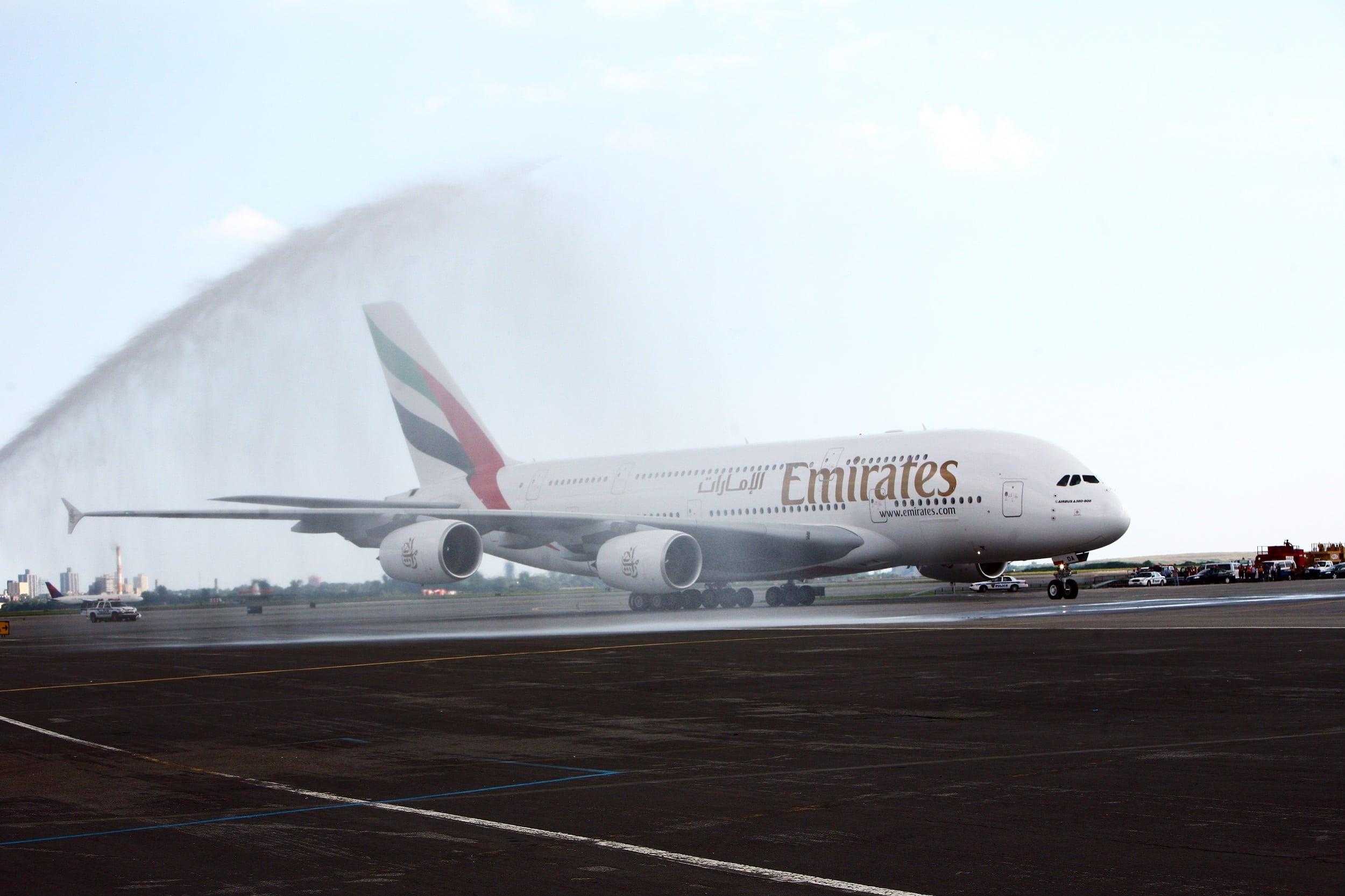 10 years of flights for the A380 Emirates fleet

However, Airbus A380 Emirates aircraft reached 73 from airports through single and regular flights, special commemorative flights, charter flights, test flights and other operational applications, and the aircraft contributed to maximizing the efficiency of airports with slot restrictions.

At the moment, the shortest flight operated by A380 in the world is on the route Dubai - Kuwait. At the same time, Emirates has in its portfolio the longest flight operated by A380, on the route Dubai - Auckland. Emirates has increased its transportation capacity to major cities around the world, but also to many other regional airports such as Manchester, Brisbane, Kuala Lumpur, Houston, Prague, Kuwait, Mauritius, Johannesburg and Sao Paulo.

Airbus A380 is an airplane appreciated by passengers, but also by many airlines. It has been possible to increase the transport capacity without supplementing slots at the major airports in the world, as many of them operate at maximum capacity. Tourism and trade were stimulated by the introduction of the A380 aircraft, generating new direct and indirect jobs.

Behind the scenes of the Airbus flight to Farnborough Airshow 2018