Today, Wizz Air celebrates 13 years after the first flight and marks the event with an attractive promotion!

On 19 May, but 13 years ago, Wizz Air operated the first commercial flight. In the 13 years of flights, WIZZ has become the largest low-cost airline in Central and Eastern Europe and has achieved important milestones.

Wizz Air passengers can enjoy the WIZZ anniversary and discover the 141 special destinations along the entire low-cost, low-cost Wizz Air network.education up to 30% * valid on this day, for new bookings, made until midnight, for all routes.

Wizz Air announces today the winners of the first edition of the WIZZ Youth Challenge, the first international case study competition initiated by the company. Of the 978 teams that entered the competition, the best 40 presented their projects before a jury made up of the Wizz Air management team and experts and different fields. The winning team is from Croatia and has been rewarded with unlimited tickets throughout the WIZZ network for a year. 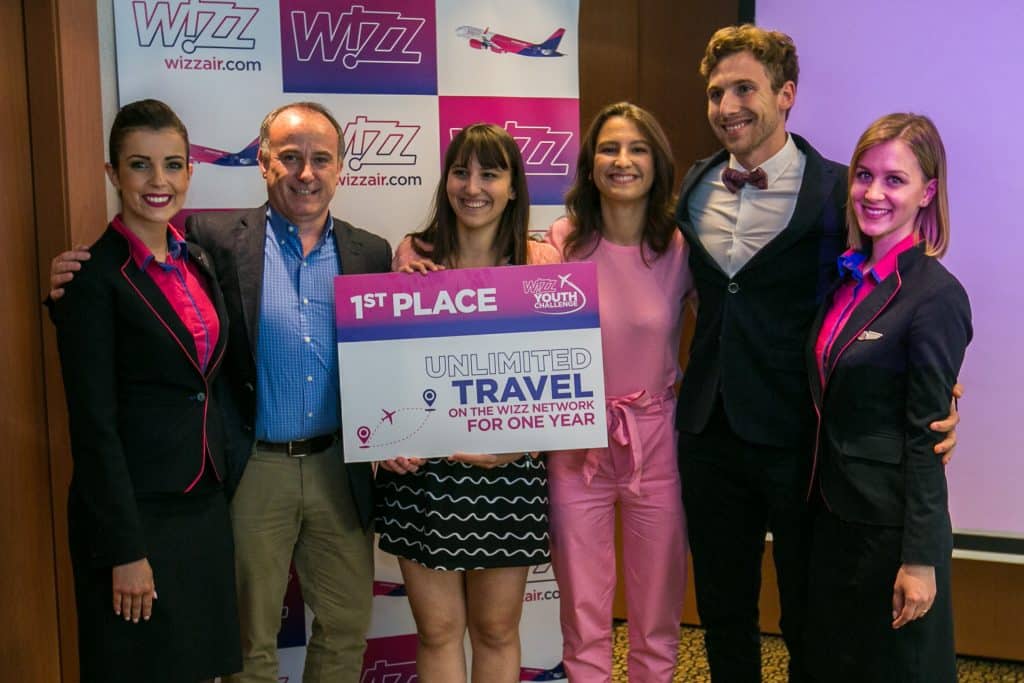 Wizz Air believes that work needs to be balanced with an active lifestyle and that is why the company supports several international running competitions throughout Europe, in cities such as Cluj-Napoca, Kosice and Skopje. More than 35.000 of runners from over 50 countries have already taken part in Wizz Air running competitions in 2017, and cities like Budapest, Kiev or Sofia are preparing for the start of similar ones.

In the last 13 years, the WIZZ fleet flew 1 billion kilometers, which could be translated by circling the Earth 25.000 times and carrying nearly 135 millions of passengers. Each aircraft in the Wizz Air fleet (81 of Airbus A320 and A321 aircraft) - one of the youngest in Europe - flew, on average, over 12 hours every day, and together they operated nearly 880.000 flights and spent more. of 1,4 millions of hours in the air, which would mean 163 for years continuous flight. 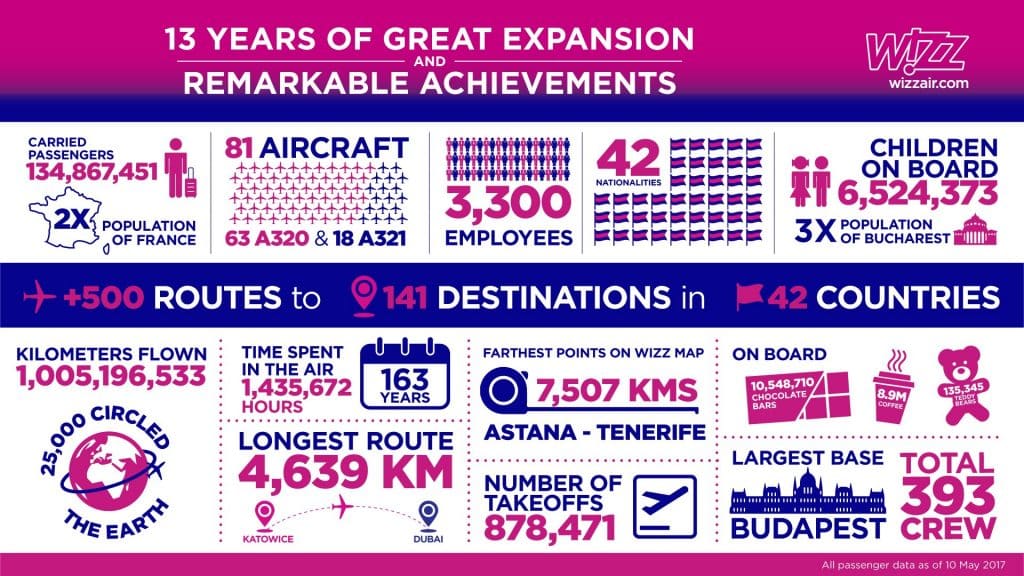 At the moment, Wizz Air offers over 500 routes to 42 countries, from 141 airports, and has one of the most diverse networks among all low-cost airlines in Europe, from Tenerife in the west to Astana in the east and with the longest existing Katowice-Dubai route for 4.639 kilometers - and yet another 40 of new routes that will start operating in 2017.

During the last 12 months, until 30 April 2017, over 24 millions of passengers enjoyed the travel opportunities offered by WIZZ. Day and night, nearly 3.300 of aviation professionals with 42 of different nationalities deliver on-board services, and the company supports over 17.000 jobs in associated industries across the network.

Happy Birthday, Wizz Air! To as many beautiful flights and to a larger network of destinations served!

At the royal company, co-pilot with blue blood