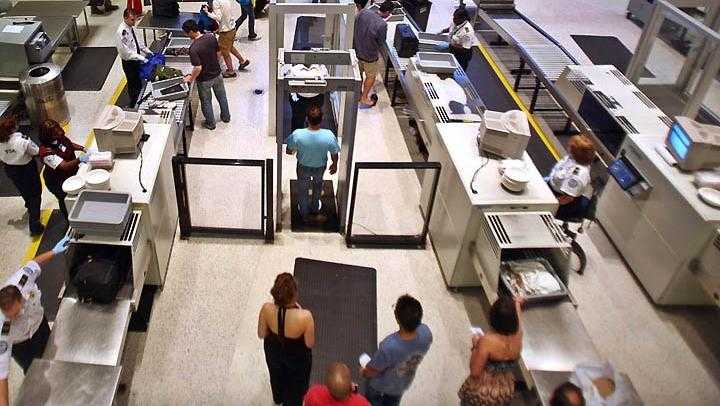 In 2012, US airport security personnel confiscated over 1500 of weapons from airline passengers, with 15% more than 2011, according TSA (Transportation Security Administration).

According to the latest official report from the US Department of Homeland Security, only in the week 17-23 December 2012, security screens at airports detected 34 of weapons held by passengers, of which 32 were loaded. In the previous week, 29 weapons were discovered, of which 21 loaded.

"Many have simply forgotten to take them in their luggage," TSA officials said.

It seems a little forced statement to me. How to get away with the weapon and not become aware?

In early December 2012, a passenger carrying 26 stun guns in his hand luggage was found at JFK - John F. Kennedy Airport. Paralyzing weapons are not included in the category of firearms, but, like other sharp objects (knives, scissors, swords, cutters, etc.) or goods such as gunpowder, fireworks, aerosols - except for personal use, any nature etc. which may endanger flight safety are prohibited on board aircraft.

Among other weapons taken by the passengers were found an A4 rocket launcher, at Latrobe Airport, Pennsylvania and a rifle in his hand luggage of a passenger at Houston Airport.

As a mention, before packing, be careful what you take with you. If in doubt, ask. Even the substances found in our homes, such as pesticides, gasoline, paint, turpentine, gas cylinders, oven cleaning products, bleaches, adhesives and aerosols, etc. they are potentially dangerous goods. Explication? In an airplane, they are unpredictable, given the atmospheric pressure, the oscillating temperatures (from -55 ° C to + 55 ° C) and the constant vibrations.

Below is a short list of dangerous goods that you are allowed to take on the plane, many of them only with the approval and notification of the airline, the airline personnel, etc.:

Remember: some things were never made to fly!

Etihad Airways has carried over 10 millions of passengers in 2012