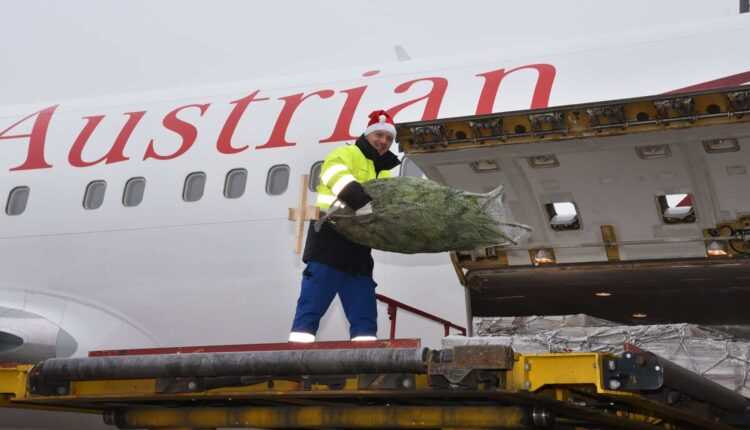 By Sorin Rusi On NEVER dec. , NEVER
1 835
Share FacebookTwitterPinterestLinkedinWhatsApp
Delayed plane? Flight canceled? >>Claim compensation now<< for delayed or canceled flight. You can be entitled to up to € 600.

Every year, near Christmas, cargo and passenger aircraft carry thousands tons of gifts, letters for Santa Claus and various other goods.

Austrian Airlines presents us with a report on freight transports recorded in the first 2 weeks of December 2016.

246 of fires carried by Austrian Airlines

Besides those 2000 of tons of gifts, Christmas mail and other consumer goods, aircraft Boeing 767 Austrian Airlines they also transported 246 of fires to the Maldives. Nordmann fires of different sizes (between 80 cm and 5.75 meters) were loaded. The merchandise was equivalent to 4.5 tons.

These special transports took place in partnership with Lufthansa Cargo AG. Hasso Schmidt, Lufthansa Cargo from Vienna, said: "Generally speaking, we can load the lanes of all Austrian Airlines aircraft with different goods". The Austrian carrier fleet comprises aircraft of the type Bombardier Q400, from the family Airbus A320, Boeing 767-300ER and Boeing 777-300ER.

For 2016, the transport of a is estimated over 60 000 tons of cargo with Austrian Airlines aircraft, the equivalent of 5% of total freight transported by Lufthansa Cargo.

Every day, Austrian Airlines operates approximately 300 flights to 130 from destinations around the world. A Boeing 767 aircraft can carry an average of 10 tonnes of cargo, while a Boeing 777-300ER can carry long-haul flights up to 15 tonnes of cargo.

Did you write to Santa?