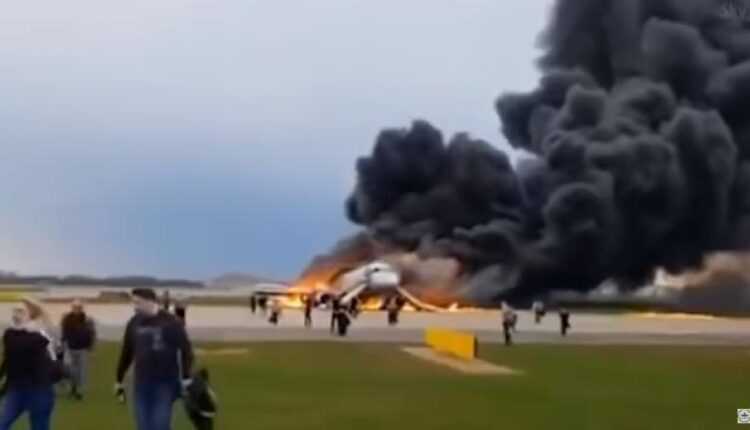 By Sorin Rusi Last updated NEVER, NEVER
0 755
Share FacebookTwitterPinterestLinkedinWhatsApp
Delayed plane? Flight canceled? Claim compensation now for delayed or canceled flight. You can be entitled to up to € 600.

On 5 May 2019, at local time 18: 30, an aircraft of the type Sukhoi Superjet 100 Aeroflot was shot in flames at Sheremetyevo International Airport, Moscow.

The plane took off in the direction of Murmansk, at local time 18: 03. He had to operate the Aeroflot flight with SU1492 code. Shortly after taking off, the pilots requested to return to Moscow for technical reasons.

An aircraft crashed on the runway of Manila airport and ...

In the landing process, it is observed how the plane is rocking and the landing was violent. Sukhoi Superjet 100 Aeroflot caught fire following the hard impact with the soil. The landing gear failed, the engines hit the ground, and the flames engulfed the plane within seconds.

Immediately after the accident, pictures appeared at the time of the evacuation. According to an Aeroflot official, the evacuation was made in 55 seconds. A great time considering that the industry has set maximum 90 seconds for a plane to take off.

And yet 41 people were killed and 5 people were injured out of the total 78 people on board. Which shows that something was wrong.

The aircraft was engulfed in flames immediately after landing. The back burned violently when the plane was still running on the runway. For the passengers behind the plane, the seconds went by much faster.

We were outraged by the selfishness of the people on board. In the images filmed on the plane's evacuation, we can see people with luggage in their hand, with clothes and bags. If they had abandoned these goods, the evacuation would certainly have been faster and perhaps the number of survivors was higher.

Nor did they run as far as the plane to facilitate the intervention of fire engines. Sad!

According to information provided by the accompanying passengers, the rear passengers were very difficult to evacuate or were unable to be rescued due to luggage on the aisle.

Repeat !!! In the process of evacuating the aircraft, abandon the goods and exit the aircraft as soon as possible. Follow the instructions of the on-board companions. Every second counts and can save lives.