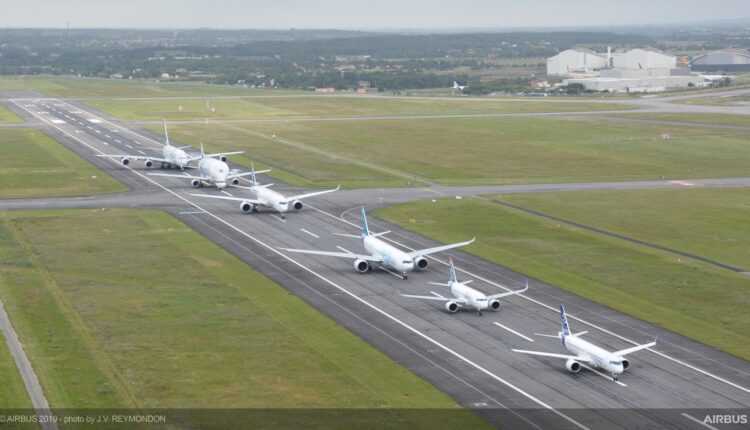 By Sorin Rusi Last updated NEVER, NEVER
0 219
Share FacebookTwitterPinterestLinkedinWhatsApp
Delayed plane? Flight canceled? Claim compensation now for delayed or canceled flight. You can be entitled to up to € 600.

This year, Airbus celebrates 50 years since its inception. They are 50 Airbus years full of innovation in aviation. Airbus does not just mean commercial aircraft, but also military aircraft, satellites, aeronautical technology.

The Airbus story debuted on 29 May 1969, at the Paris Air Show. French Transport Minister Jean Chamant and German Economy Minister Karl Schiller have signed an agreement for the development of the A300 aircraft. It would be the first widebody with 2 engines in the world, dedicated to medium distance flights.

Airbus launched an anniversary campaign of the 50 years since its inception, bringing to the public 5 decades of innovation in aviation. Between 29 May - 17 July 2019, Airbus will publish daily a story about people and aeronautical development.

There will be 50 stories with and about commercial aircraft, military aircraft, helicopters, satellites, defense instruments and more in the Airbus portfolio.

50 years of innovation in aviation

And Airbus certainly won't stop here. Will continue to develop new commercial and military aircraft. It will seek solutions for environmentally friendly aircraft and for reducing emissions in the aeronautical industry. And if the flying cars appear, they will probably be developed by Airbus :).