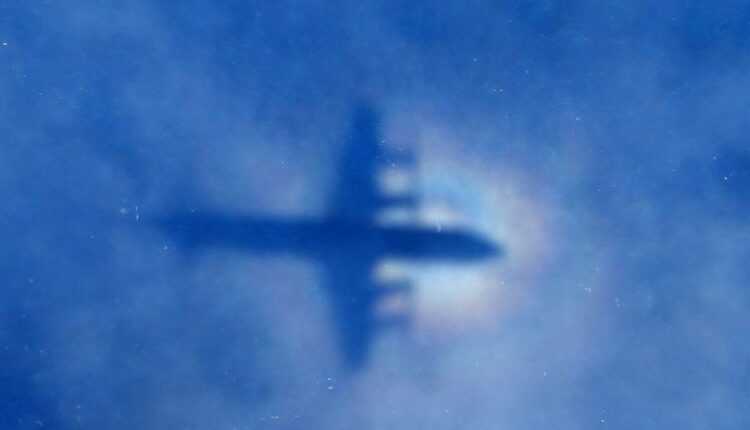 In the recent history of 100 years of aviation, there have been many mysterious moments. Airplanes disappeared without a trace with passengers or even mysterious areas where planes and ships are said to have disappeared.

Unresolved stories have raised many questions over the years, unfortunately unanswered so far. Although in some cases, some elements have been discovered and there are logical explanations, they still remain a mystery in the way things happened.

I bring to your attention a short compilation of 6 aviation mysteries.

We all think we've heard of the Bermuda Triangle, also known as the Devil's Triangle area. The stories say that the strangest disappearances of planes, ships, and even extraterrestrial signs took place here.

The Bermuda Triangle, sometimes called the Devil's Triangle, is located between Miami, Puerto Rico and Bermuda. There are many stories and mysteries about this area, but the most mysterious disappearance was in the case of an American bomber. He disappeared with 14 people on board on 5 December 1945. Later that day, BuNo 59225 was sent to search for the aircraft in question. The second aircraft, which had 13 people on board, got lost in an area of ​​the Bermuda Triangle and never returned. We are talking about a double disappearance, in similar conditions.

Not only did he manage to get $ 200.000 in ransom money and released all the passengers, but he ordered the pilot to fly over Mexico and parachute from the aircraft. FBI police and investigators never identified DB Cooper.

After this incident, in 1972, the FAA ordered the installation of "Vanes Cooper" in all Boeing 727, which blocked the opening of the doors.

In 1999, a Boeing 767-366ER EgyptAir, operating the Los Angeles - Cairo flight, disintegrated in the air at an altitude of 3000 meters. That was after he had reached a cruising altitude of 10 meters and had a speed close to the upper limit. 000 people lost their lives.

Before the tragic event, the flight officer, who was in charge of the plane, repeatedly said "I rely on God". The mystery of whether Flight 990 was a suicide tragedy or a conspiracy to commit a terrorist attack has not yet been clarified.

The mess of flight 522 operated by Helios Airways

In 2005, a flight operated by Helios Airways with a Boeing 727 on the Cyprus - Czech Republic route became the largest plane crash in Greece. The passenger aircraft came out of the flight aisle, and the Greek air traffic controllers tried to contact the flight crew.

After 19 attempts to contact the Boeing 727 aircraft, 2 F-16 fighter jets were sent. F-16 pilots noticed that the captain's seat was empty, the co-pilot was fainting, and oxygen masks were hanging from the ceiling. All passengers and crew on board were dead. Flight 522 Helios Airways flew on autopilot until it ran out of fuel and crashed in a hilly area of ​​Greece. Investigators could not explain how the pressure in the cabin reached such a low level that all the occupants of the aircraft fainted.

The mysterious loss of the Airbus A330-200 Air France aircraft

In 2009, Air France Flight 447, from Rio de Janeiro to Paris, disappeared in the middle of the Atlantic Ocean. The Airbus A330-200 aircraft disappeared with 228 people, passengers and crew members.

It took about six horrible hours for Air France to admit that Flight 447 had disappeared over the Atlantic Ocean. The mystery continues after the discovery of the wreckage of the lost aircraft.

Investigators found that the Airbus A330-200 autopilot deactivated while flying through a storm. In 2012, investigators released the final report of Air France flight 447, explaining that the tragedy was caused by ice crystals in the pitot tubes, which led to the deactivation of the automatic pillar. After many years, the question still remains why the on-board computer of the modern Airbus A330-200 did not show any error signal before disappearing.

The mysterious disappearance of the Boeing 777-200ER aircraft, flight MH370

On March 12, 2014, the Boeing 777-200ER (9M-MRO) Malaysia Airlines aircraft operating flight MH370 Kuala Lumpur - Beijing disappeared from radar. Searches and research have continued for years, but without notable results. The plane had 239 people on board (227 passengers, including 2 children and 12 crew members)

Even today it is not known if it was an accident, a suicide act or a terrorist hijacking. Following the investigations, small remains and pieces of the fuselage were found, which are supposed to have belonged to the Boeing 777-200ER plane. We can say that this is the biggest mystery of aviation!

"On Demand" flights operated by Blue Air in June 2020