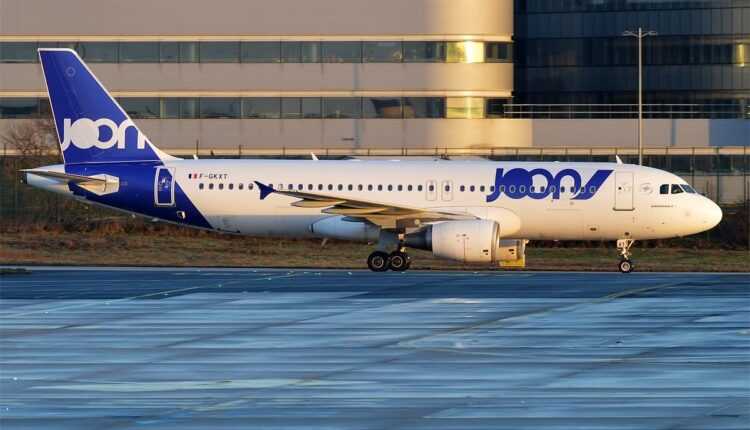 6 new destinations for JOON, in the summer season 2019

Starting with the 2019 summer season, JOON will inaugurate 6 new routes. There will be 4 new destinations departing from Paris: Madrid, Stockholm, Prague and Manchester. And on the long-haul, flights to Saint Martin and Quito will be added.

In the summer season 2019, the low-cost carrier JOON (subsidiary Air France) will inaugurate flights to 6 new destinations. 4 will fly to new destinations in Europe: Madrid, Stockholm, Prague and Manchester. But also flights to 2 long-haul destinations from Central and South America: Saint Martin and Quito.

JOON is a subsidiary of Air France, which operates low-cost flights. But the A340 and A321 long-haul aircraft are configured in 2 classes - business and economic. On European flights, at Business Class, JOON offers complete services, including various catering (drinks and food).

On European flights, at Economy Class, JOON offers a variety of drinks for free. But the food can be purchased by plane directly from the cabin staff. You can opt for a snack or something sweet, but for a fee. During the flight, you have access to YouJoon, a streaming service available on your tablet, laptop or personal phone. You can browse a variety of newspapers and magazines.

On the long-haul flights, which are operated with A340-300 aircraft, JOON has implemented the new classes: Business, Premium Economy and Economy. You have access to YouJoon, with over 1200 hours of entertainment. Access to a wide range of TV shows, serials and movies. There is no shortage of music, entertainment and cartoons for little ones.

There is no lack of catering services. At Business Class you have a full menu and drinks, plus dessert. At Premium Economy and Economy, you include the menus plus a drink of your choice.

On long-haul flights, fares on the route Paris - Saint Martin start from 199 € / segment, and the fare for Paris - Quito starts from 299 € / segment, without hold luggage included.

These routes were initially operated by Air France.

One passenger mistook the emergency exit with the bathroom door