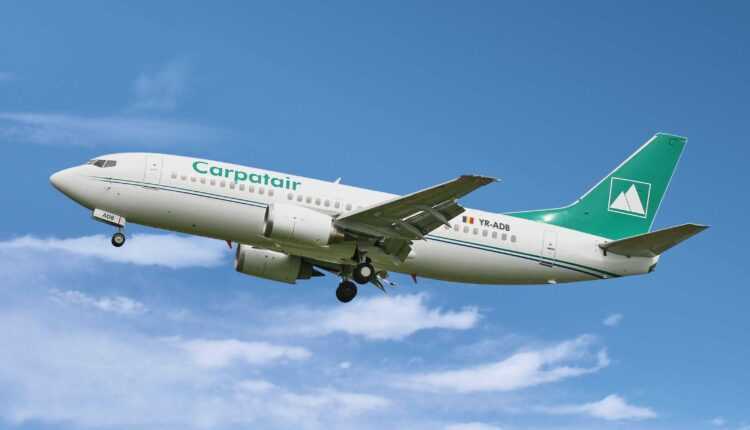 Carpatair, full-service airline with hub in Timisoara, continues this year the fleet expansion process by introducing the first aircraft Boeing 737 with 148 seating capacity. This type of aircraft best meets the company's current needs, giving it the ability to carry more passengers on existing routes and the flexibility to develop longer distances.

In recent years, there has been a constant trend towards lowering airline ticket prices against the backdrop of a continuous increase in the price of fuel and the occurrence of additional costs related to carbon emissions. For these reasons and in order to increase its competitiveness, Carpatair made the decision to rely on aircraft with low fuel consumption and increased performance.

Boeing 737 is a medium courier aircraft based on the philosophy and main vision of Boeing: to produce transport aircraft that add value to airlines, with maximum reliability, simplicity and low operating costs. Boeing 737 is the most widely used aircraft type in commercial aviation worldwide and one of the most durable aircraft models of all time, providing increased comfort and safety for passengers.

The aircraft is not new. He is 14.6 years old, the first flight he made to 9.10.1997 and was in the fleets of the airlines DBA, Thomsonfly, Thomson Airways, Czech Connect Airlines. Currently, the aircraft is coming from the Czech Republic, and will depart on Chisinau on Saturday. To start, it will operate routes to Italy from the capital of Moldova.