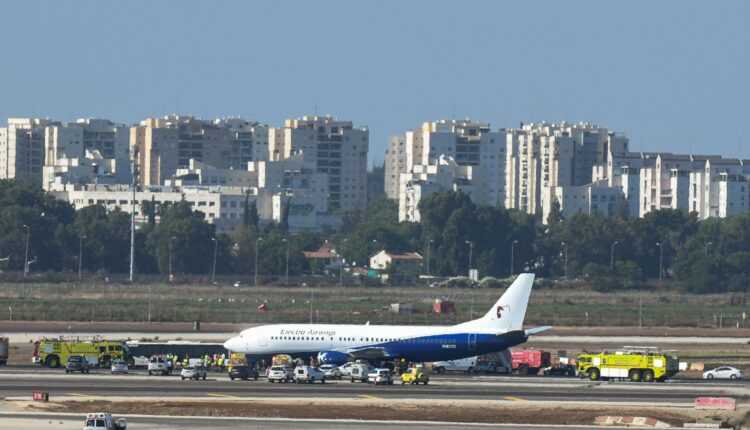 On July 1, 2019, the passengers of EAF102, on the route Cologne - Tel Aviv, experienced exciting moments on landing in Israel.

The flight was operated by Boeing 737-400 Electra Airways (LZ-EBA) on behalf of Arkia Israeli Airlines. Immediately after taking off from Cologne, tire fragments were found.

The crew was announced and he made the decision to fly to his destination. Near Tel Aviv, to find out the status of the landing gear, the pilots used a visual inspection by the military pilots on the 2 F16 aircraft of the Israeli Air Force. Who escorted the plane to the landing.

Authorities at Ben Gurion International Airport have prepared and mobilized for a dramatic scenario. 100 of ambulances and fire engines were waiting for the aircraft on the ground. Fortunately, the plane was safely grounded. At the borough were 152 passengers. No injuries were reported.

About the plane, we can say that it is the former YR-BAE Blue Air, hence the similar livery. It has 22.2 years and a configuration for 162 passengers. Damage is not major.