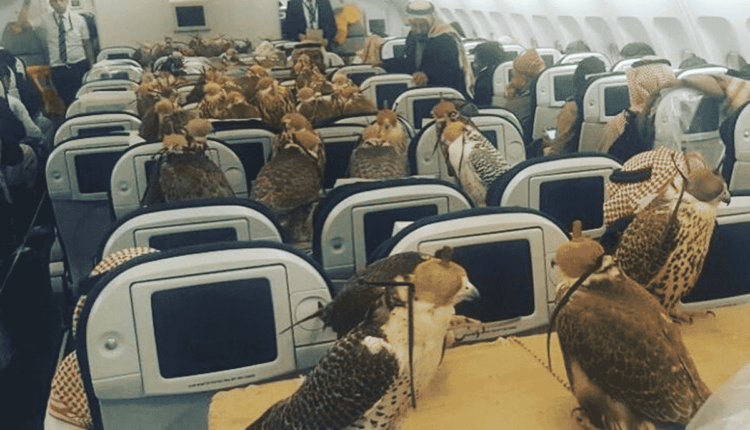 A Saudi prince bought plane tickets for 80 of hawks!

By Sorin Rusi On NEXT Feb , NEVER
0 3.666
Share FacebookTwitterPinterestLinkedinWhatsApp

Last day, a photo with 80 of hawks on a plane quickly went viral on social media. It seems strange to see these predatory birds in the cockpit of an aircraft, but not impossible. The birds belong to a Saudi prince, who also bought 80 airline tickets for these wings.

Flight tickets for 80 of hawks!

These birds are very valuable and have the right to travel on the basis of a passport. Emirates has released approximately 28 000 passports for hawks. These are valid for 3 years and offer them travel rights in the countries of Bahrain, Kuwait, Oman, Qatar, Saudi Arabia, Pakistan, Morocco and Syria. But also to other regions, depending on the legislation of each country on these birds.

Qatar Airways, FlyDubai, Etihad Airways accepts hawks in their aircraft, provided they each have the required documents and individual seat air ticket. Qatar Airways accepts transport of up to 6 hawks to the Economy Class. At the same time, these companies accept hauling and hauling.

For the first time, the photo appeared on Reddit, but the air carrier in which it was taken is not known.