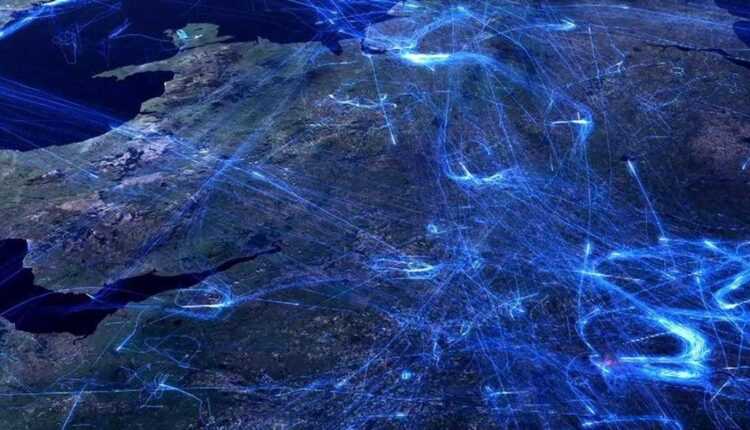 On a typical July day, European airspace is invaded by about 30 000 flights.

European airspace is one of the busiest and most complex in the world. Thousands of air traffic controllers safely drive millions of passengers to their destinations.

However, for most people, the choreography above them goes unnoticed. Many are not even aware of what is happening in heaven, nor can we condemn them for it. "He who sees and does not know, says that it must be so!" Many ignore this and are only interested in reaching their destination.

Over 30 000 of flights in European airspace

And yet, the air network is just as important as the road, rail or naval network. Aviation is one of the most developed industries worldwide. Thanks to this means of transport, the continents were able to connect more quickly with each other, and people can reach the destinations in question much faster. To better understand what is happening over 10 000 meters, I let you watch the video below.

This material was developed by National Air Traffic Services (UK) and is based on actual flight data. The video shows the air traffic and highlights the intensity of operations in Europe, something that happens 24x7x365.

Some statistics on a day of flights:

- On a typical July day, European airspace is invaded by about 30 flights.
- About a quarter are registered in UK-controlled airspace.
- These flights cover a total distance of 25 million nautical miles, the equivalent of 104 trips to the moon or 998 detours around the Earth.
- On 21 June 2013, 5675 aircraft movements (take-offs and landings) were recorded at UK airports, of which 2295 were recorded at 2 London airports: Heathrow (1 401) and Gatwick (894).

A dream come true at 82 years ago (video)