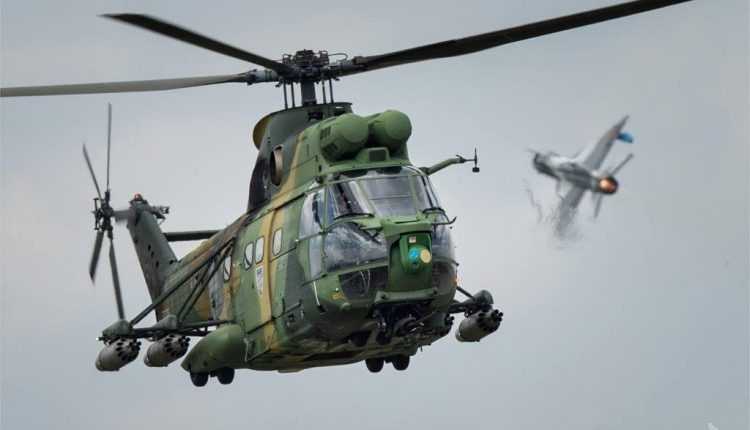 The technical investigation commissions formulated preliminary conclusions regarding the probable causes that led to the crash of a MiG-21 LanceR plane and an IAR-330 helicopter, on March 2, in Constanţa County, events that caused the death of eight soldiers .

From the information obtained from the measurements and assessments carried out, the analysis of data extracted from the system for recording flight and operating parameters on board aircraft, listening to radio calls, examining the condition of aircraft wrecks, studying synoptic maps and existing weather conditions in areas impact at the time of the two air disasters, the commissions concluded that both events were most likely due to a combination of human and environmental factors, the share of which is to be determined at the end of the investigation procedures.

The investigations for establishing the final causes and conclusions continue, under the coordination of the Military Prosecutor's Office attached to the Bucharest Military Tribunal.

According to the procedures for the operation of military aircraft, based on the preliminary findings, the Air Force General Staff has taken the necessary measures to resume flight missions with these aircraft: operating procedures have been reviewed and updated, theoretical and practical training modules have been completed with all categories of aeronautical personnel operating these aircraft and technical checks have been performed on all MiG-21 LanceR and IAR-330 aircraft, all variants.

Following the application of these measures, the resumption of flight missions with the MiG-21 LanceR and IAR-330 aircraft, all variants, was authorized.

We remind you that on Wednesday, March 2, at 20.00:XNUMX p.m., a MiG-21 LanceR aircraft crashed. It was equipped with 86th Air Base and was conducting an air patrol mission over Dobrogea. He lost his radio connection with the control tower at 20.03 and disappeared from the radar, collapsing in the area of ​​Cogealac.

Following the start of the search-and-rescue operations, an IAR-330 military helicopter of the 57th Mihail Kogălniceanu Air Base took off around 20.21 pm, in a search-and-rescue mission of the pilot of the MiG-21 LanceR aircraft.

The helicopter lost its radio connection with the base around 20.44 and crashed in the area of ​​Gura Dobrogei locality, Constanța county, approximately 11 km from the aerodrome. The pilot of the MiG-21 LanceR and the seven members of the IAR-330 helicopter crew lost their lives as a result of these accidents.