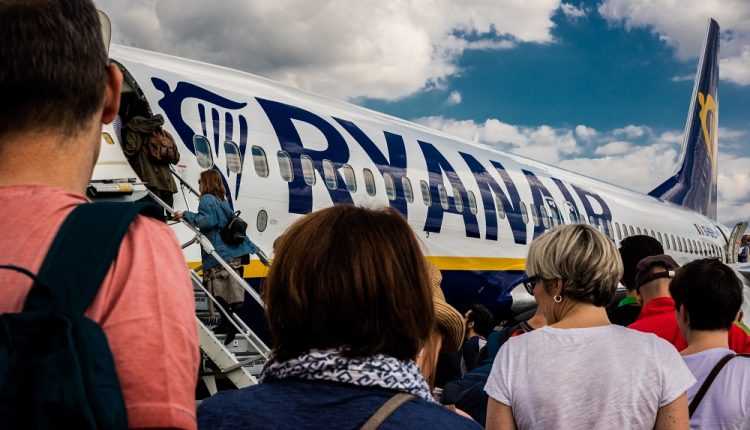 RYANAIR is expanding its operations from its bases in France, Italy and Spain

The low-cost airline Ryanair has announced more than 30 new routes for the summer season 2022 from several bases in France, Italy and Spain. including Marseille, Turin and Malaga.

Additional RYANAIR flights and routes from bases in France

From Marseille (MRS), the airline adds 10 new destinations to its network, bringing the number of destinations served to 60. RYANAIR has stated that it intends to operate 240 weekly flights from the Marseille base (MRS) in the summer of 2022, which which represents an increase of 87 compared to the summer of 2019.

The new open destinations are Berlin, East Midlands, Lanzarote, La Rochelle, Luxembourg, Madeira, Santiago de Compostela, Shannon, Tenerife South and Venice. A total of five aircraft will be assigned to the Marseille base for the summer season, including two Boeing 737 MAX 8-200s.

Also in France, Ryanair is opening four new Toulouse (TLS) routes: Agadir, Milan, Venice and Rome. An aircraft will be assigned to the Toulouse base and flights to 24 destinations will be available. RYANAUR said 80 flights a week would be offered, double the pre-pandemic period.

Additional RYANAIR flights and routes from bases in Italy

In Italy, Ryanair is adding an additional service to its recently opened Turin (TRN) base with the launch of flights to Wroclaw (WRO), Poland. There will be 2 flights a week starting May 2nd. RYANAIR said two planes will be based in Turin this summer, allowing the company to fly to 35 destinations in 14 countries.

From Lamezia Terme (SUF), in the Calabria region of southern Italy, RYANAIR intends to open four new routes to Genoa, Memmingen, Vienna and Nuremberg. Also in Calabria, the airline will launch flights between Crotone-Sant'Anna Airport (CRV) and Venice.

Additional RYANAIR flights and routes from bases in Spain

Ryanair plans to fly to 79 destinations in Malaga this summer, offering 340 flights a week. A total of 11 aircraft will be allocated to the Malaga base.

Other new routes announced by RYANAIR for the 2022 summer season

But RYANAIR's expansion doesn't stop there. RYANAIR has announced 15 new routes from the Vienna base, marking the largest schedule at Vienna Airport to date. Among the new routes launched, RYANAIR will fly on the route Vienna - Sibiu. However, RYANAIR is forced to cancel flights on 19 scheduled routes from its base in Lisbon.

Other new services announced by Ryanair in recent days include flights from Budapest (BUD) to Warsaw Modlin in Poland and Alghero in Sardinia. Destinations will be served 4 times a week and 2 times a week, respectively.

Wizz Air will assign a new aircraft to the Craiova base and will resume flights to Barcelona, ​​Brussels Charleroi and Paris Beauvais!

Putin has enacted a law that allows leased commercial aircraft to become the property of airlines! Leasing companies take their "thought" from 500 commercial planes!