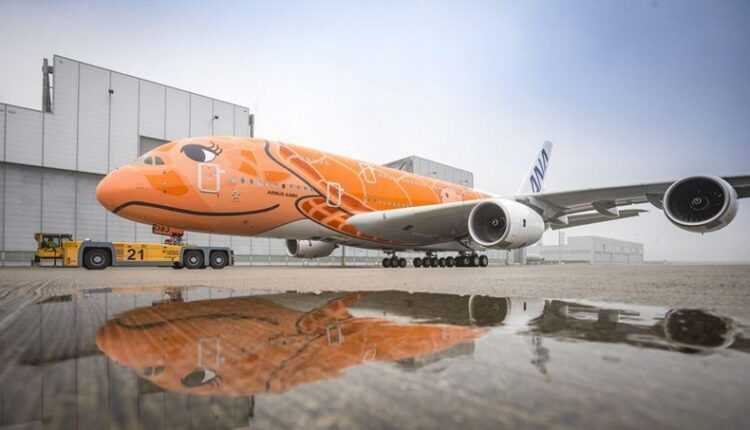 The 3rd Airbus A380 ANA has been assembled, painted and ready for delivery

The famous and the famous Airbus A380, the only aircraft with two complete axles, will be removed from the production line. Official, Airbus will stop production of A380 aircraft. And the last delivery will be made in 2021.

Airbus gives up A380, but the super jumbo will continue to fly and delight passengers and aircraft enthusiasts. Currently, an Airbus A380 lands or takes off every 2 minutes, somewhere in the world. It will continue to be an attractive passenger plane and used by airlines. And Airbus is committed to providing the support needed to maintain them in operational service.

The 3rd Airbus A380 ANA was assembled

Over 240 A380 aircraft have been delivered so far. They fly on 150 routes and connect approximately 400 approved and super-jumbo compatible airports. From 2007 until now, over 300 million passengers have enjoyed the comfort of the A380.

The newest A380 airline operator is All Nippon Airways (ANA). The Japanese airline is preparing to receive the 3rd A380. All will be used on the Tokyo (Narita) - Honolulu (Hawaii) route, one of the busiest in the ANA portfolio.

The characteristics of the first Airbus A380 ANA were presented

The 3rd ANA A380 is scheduled to be delivered in the spring of 2020. Thus, ANA will be able to offer up to 14 weekly flights from Narita to Honolulu. Like the other 2, the 3rd A380 aircraft is painted in a special livery. There is no shortage of turtles specific to the Hawaii region.

Beluga XL story: from the project to the entry into operational service (photo / video)