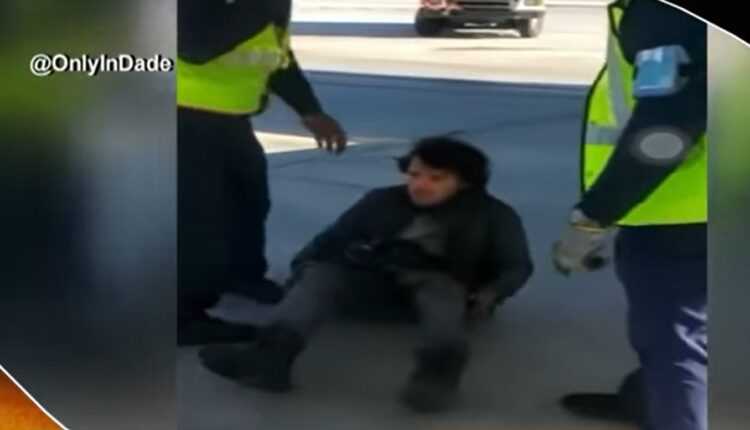 US federal authorities have arrested a 26-year-old man who flew clandestinely in the landing gear of an American Airlines aircraft. The plane landed at Miami International Airport after operating flight # AA1182 from Guatemala on Saturday morning.

The stowaway was found alive inside the landing gear of a Boeing 737-800 aircraft (reg. N970NN). According to flight monitoring sites, the plane flew at cruising altitude FL330.

The man was taken by ambulance to a nearby hospital to check his health. The worker who discovered the stowaway and made the video refused to speak on the recording for fear of losing his job.

The U.S. Immigration and Customs Enforcement Service, the US federal law enforcement agency on border control, customs, trade and immigration, could not be reached for comment. American Airlines confirmed the incident and said it was working with authorities to resolve the case.