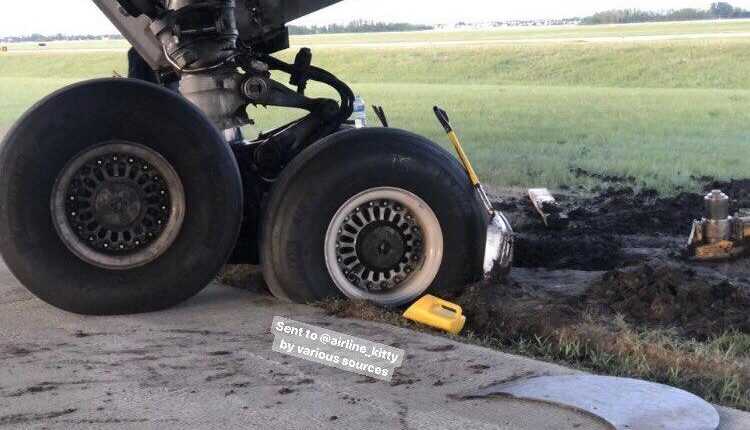 A Boeing 787 British Airways slipped off the road in Edmonton.

A Boeing 787 Dreamliner British Airways slipped off the road in Edmonton. It all happened as a result of a wrong maneuver made by the towing tractor.

The Boeing 787 British Airways, registered G-ZBKP, arrived at Edmonton International Airport (YEG), Canada, on June 2. The aircraft was scheduled to leave the capital of Alberta on June 4, 2020. Only this has never happened before.

Following the pushback process at the boarding gate of Edmonton International Airport (YEG), the Boeing 787 British Airways was stuck in the mud and grass of the runway.

The Boeing 787 Dreamliner, the manufacturer's serial number (MSN) 38632, was delivered to the London-based airline in December 2016.

Greece has temporarily banned all Qatar Airways flights after a 12-passenger flight confirmed with COVID-19.