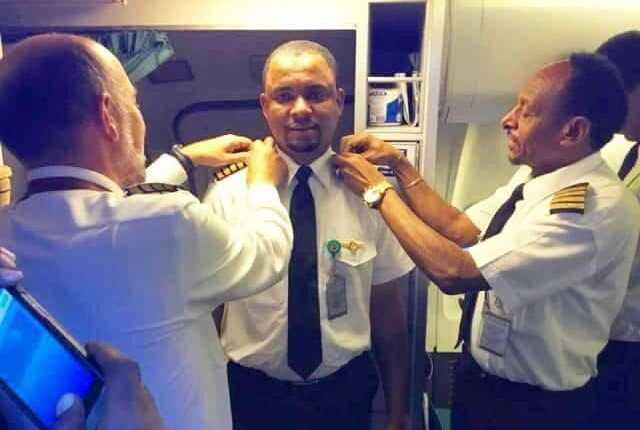 A Nigerian has evolved from cleaning airplanes to aircraft captain

This article is about people, ambitions and perseverance. Specifically, it is Nigerian Mohammed Abubakar, who became an Aircraft Captain in Air Azman.

So far nothing unusual. Except that Mohammed Abubakar was initially employed as an aircraft service man. She was cleaning the company's aircraft.

From cleaning airplanes to aircraft captain

When he joined Azman Air Services Limited, he probably did not imagine that he would one day become captain of the aircraft. But here it is. And the moving momet was photographed and shared on social media by a friend.

He followed all the necessary steps and failed to receive the 4 shoulder strap, which gives him the advantage of sitting on the left seat in the cockpit.

This is an example of ambition, perseverance and determination. It's free to dream, all the more so as dreams can come true.

The news is from 2018, but we liked it and we decided to share it with you. It's never too late to follow your dream.

Munich - Bucharest with Airbus A220 AirBaltic, flights by Lufthansa