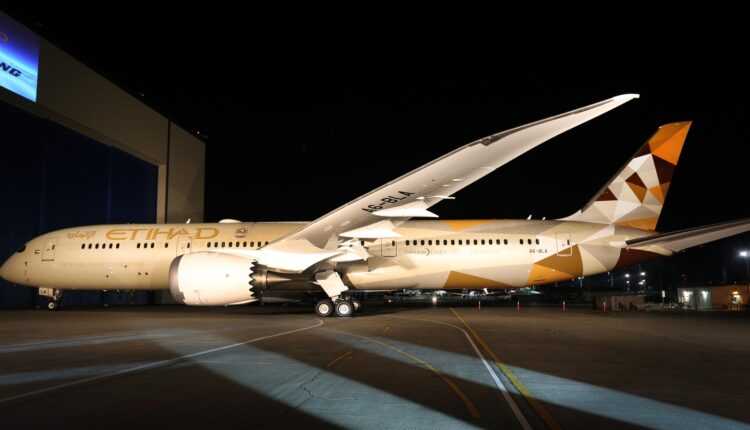 During this day, Boeing introduced the first Boeing 787-9 Dreamliner in colors Etihad Airways. The aircraft has a special livery reminiscent of the desert, Islamic culture and architecture.

Etihad Airways, the national airline of the United Arab Emirates, will take over the first Boeing 787-9 later this year. Etihad is one of the airlines that has ordered a large number of 787 aircraft, with a total of 71 of Dreamliner, 41 787-9 and 30 787-10 aircraft.

Boeing 787 Dreamliner will play an important role in the development and growth of Etihad Airways. The airline has announced that the Boeing 787-9 will be introduced to six destinations: Dusseldorf, Doha, Washington, Mumbai, Brisbane and Moscow.

The new 787-9 will be able to carry up to 290 passengers, and the range will be up to 15750 km. The new Dreamliner 787-9 differs from the 787-8, having a sturdier structure, longer fuselage (63 meters), larger tanks and maximum take-off weight (MTOW). Only the wingspan is the same in both models.