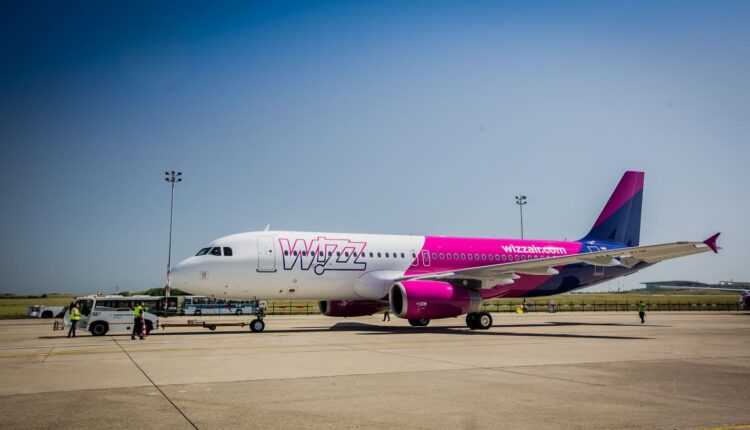 Wizz Air celebrated the inauguration of the Cluj - Lyon route on 20 in November. At the same time, the seventh Airbus A320 aircraft was assigned to the base in Cluj-Napoca.

On 20 November, Wizz operational base in Cluj-Napoca received the 7 Airbus A320. It is also the fourth aircraft to join Wizz Air bases in Romania in 2018. Earlier this year, new aircraft joined WIZZ bases in Bucharest, Sibiu and Iasi.

This rapid expansion of Wizz Air operations increases 11% year-on-year, with nearly 9 million available seats available this year on flights to / from Romania

Wizz Air flights on the routes Iasi - Birmingham and

With the fifth new route from Cluj-Napoca, WIZZ now offers 35 flights to destinations in Europe and the Middle East. While the entire Romanian network is represented by 139 of low-cost WIZZ routes to 20 of countries, from the ten airports in Romania.

On 20 November, the route was inaugurated Cluj - Lyon with Wizz, a multipurpose destination for culture and gastronomy. The third largest city in France offers so many possibilities for leisure: authentic restaurants where tourists can enjoy the specialties of the lion's specialties, admire the special architecture of the buildings or take a relaxing stroll on the banks of the Ron rivers. or Saône.

The popularity of this route is underlined by the demand. The first WIZZ flight to Lyon departed from Cluj-Napoca with 120 passengers on board.