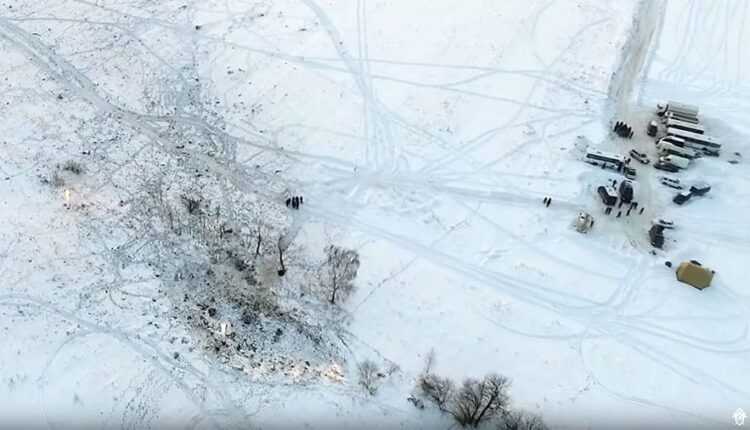 On 11 February 2018, Antonov An-148 (RA-61704) aircraft Saratov Airlines collapsed at 5 minutes after the Moscow collapse. There were 71 people, 65 passengers and 6 crew members. There are no survivors.

At 2 days after the tragic accident in Russia, the Russian authorities came with interesting information. Initially the idea that the plane was in flames at the time of the crash was carried.

Investigators come and say the plane was intact with the ground impact and was not engulfed in flames. An explosion and a fire followed, which led to the scattering of debris over an impressive radius.

Both black boxes of Antonov An-148 (RA-61704) Saratov Airlines were also recovered. Information was found from 16 flights operated by the aircraft, including the flight 6W703 from 11 to February 2018.

The recorders were badly damaged as a result of the plane crash, but could be activated and the researchers analyze the data. We are waiting for a preliminary report after deciphering the 2 boxes.

Preliminary data show that the flight speed was incorrectly calculated in relation to the weather. This information comes from the Interstate Aviation Committee (IAC), which managed to analyze the flight data recorder. Still working on the other black box, the voice recorder.

The commission of inquiry has also released filmed frames of the drone.

The Russian Federal Investigation Commission has over 100 members. They searched for relevant clues and information to determine the factors that led to the plane crash.

Obviously, the final conclusions cannot be drawn. An aviation accident is based on several factors, and the authorities have the mission to establish them correctly, then issue directives to avoid other similar accidents. As initially stated, investigators consider technical failure, human error, or external factors.

Following the accident, Saratov Airlines suspended flights with Antonov An-148. And we end on a positive note. A couple escaped, changing at the last moment the tickets on the flight 6W703.