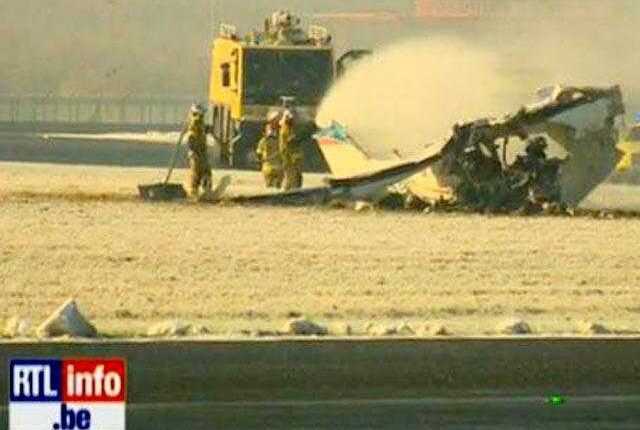 Accident with victims at Charleroi airport in Belgium (video)

At around 9:00 GMT, a small aircraft crashed at Charleroi Airport in Belgium. Two adults and three children died and the airport was closed, informs Reuters.

A Cessna P210N Pressurised Centurion aircraft had take-off problems and requested permission to return to Charleroi Airport, but crashed on the right side of the runway. Following the accident, the airport was closed until 13.30 GMT. Research is being done to determine the exact causes that led to the tragic event.

The airport is a hub for the low-cost carrier Ryanair and on which several low-cost flights are operated. Wizz Air also connects Bucharest with Charleroi with 4 weekly flights, on Mondays, Wednesdays, Fridays and Sundays.

Over 2600 of canceled flights to the United States