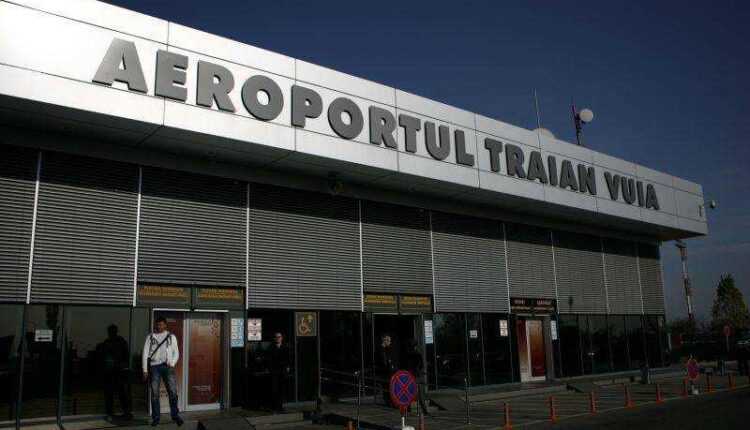 The activity of the Timişoara International Airport "Traian Vuia" in 2013

Timisoara International Airport "Traian Vuia" drew the line and presented the balance sheet on 2013, but also the plans on 2014.

An unfavorable situation for the airport was the decline of the traffic volume of the Carpatair company in Romania, which negatively affected the volume of passengers and the airport revenues, given that Timisoara was the operating hub of the airline in the past.

To increase the volume of traffic, the airport administration has adopted and continues to apply a marketing policy of attracting new passenger and freight operators to new destinations, which will lead to an increase in traffic values.

Thus, the flight program that will be operated from the 2014 summer season, by one of the partner companies of the Timisoara International Airport - "Traian Vuia", includes an increase in the frequency of flights to the most important European destinations. The new flight program operated by 2014 by this company includes 6 additional flights to some of the European destinations already operated from Timisoara International Airport - "Traian Vuia", as follows:

At the same time, the partner company is also considering the opportunity to open two new destinations in Timisoara, starting with the 2014 summer season.

Since January 2013, Timisoara International Airport has been authorized as a "Cargo Enabled Agent", which attests to the fact that the services provided by the Cargo Center comply with the European standards specified in the EC Regulation 185 / 2010.

In the Cargo Center of Timişoara International Airport, goods of different types - general cargo, postage, small parcels - are picked up, processed and, through partner companies, transported in the fastest way, from Timişoara to other airports or to the final destination. The transport of goods is carried out through the partner airlines, respectively, through couriers of international prestige.

The airport has properly equipped storage rooms and qualified personnel for carrying out the cargo activity.

At the same time, during the 04.09.-12.09.2013 period, the European Aviation Civil Conference (ECAC) carried out a security audit within SN AIT TV SA, which confirmed that Timisoara airport complies with the highest European requirements and standards in the field. of aviation security.

Important objectives, achieved in the year 2013

- The current repair works of the aircraft take-off / landing runway started in 2009 and interrupted until October 2012, were completed on 01.09.2013;
- During the same period, the light beacon system was rehabilitated and the voltage transformation station was modernized from medium to low voltage, which ensures the power supply of the beacon system, meeting the second category beacon conditions, which means that the necessary visibility for landing in fog, it must be at least 300 meters, facilitating the operation of airlines and reducing the number of flight cancellations and delays caused by weather conditions;
- The beacon system is functional on both operating directions (East / West) by installing the “approach beacon system” on the West direction; all these works were executed with a minimum interruption of flight operations (7 days), which was an organizational success of the administration;
- The certification audit performed by the Romanian Civil Aviation Authority upon completion of these works confirmed that we meet the safety conditions imposed by international regulations, high technical and operational standards and that SN "Timisoara International Airport - Traian Vuia" - SA meets all conditions safety in terms of airport infrastructure, at a higher level of technical performance; (Annex - Table of operational characteristics of Romanian airports).

All these repair works at the take-off / landing runway were performed after an expertization of the foundation / resistance layer. The surface of the runway / landing was in a state of physical wear, being uncovered by the asphalt layer for 3 years (2009-2012), which led to its degradation.

The repair works have ensured the increase of the safety of the aircraft movements on the ground and the development of a flatness that will confer a higher degree of comfort of the take-off / landing operations. On the other hand, the run time will increase.

In addition to these works, other objectives have been achieved, of which we mention:

- “Changing the Car Access System in the AIT-TV Parking Lot” in April 2013; compared to the old access system, it benefits from state-of-the-art technology that gives it increased reliability, based on barcode readers. The system meets the needs of passengers who do not have a subscription and who can currently pay for the value of the parking service with the help of an automatic payment system.
- Reconfiguration and redevelopment works of some areas inside Passenger Terminals 1 and 2;
- Preparatory works for the extension of the Cargo Hall;
- Implementation of a system of measures regarding the management, collection and selective transport of waste, in accordance with the principles of environmental protection;
- Preparation of documents for the application for financing from EU funds (TEN-T and POS-T program) for the achievement of the objective “Intermodal Passenger and Freight Terminal - Timişoara Traian Vuia International Airport”;
- Carrying out current repairs to the aircraft parking platform as well as making the daytime marking, in order to maintain the appropriate level of aeronautical safety in operation on moving surfaces;
- Permanent monitoring of aircraft movement surfaces, from a technical and operational point of view, so as to meet national and European regulations in the field of civil aviation on aviation safety;
- Permanent monitoring of safety zones and aircraft movement surfaces, through the "electronic perimeter surveillance system" so as to comply with national and European requirements in the field of civil aviation, regarding aviation security;
- Carrying out massive works of deforestation and mowing of the surfaces in the aeronautical safety zone, due to the fact that these works were not carried out properly for 2 years (2010-2012);
- Reorganization of the staff structure, which had in view the elimination of posts that no longer correspond to the current operational and administrative requirements, in order to streamline the activity and efficient use of staff and effective working time.

The synthetic presentation of all the aspects and objectives achieved, shows that so far a coherent and efficient development of the activities has been achieved, given the amount of disadvantageous elements whose effect on the overall activity had to be controlled and mitigated.

Transport of liquids, aerosols and gels in hand luggage