After Airbus took over the majority package from the CSeries project developed by Bombardier, the European aircraft manufacturer decided to rebrand the project. Thus, CS100 and CS300 become A220-100 and A220-300.

By Sorin Rusi On NO ONE. , NEVER
1 392
Share FacebookTwitterPinterestLinkedinWhatsApp

On 10 July 2018, Airbus unveiled the new A220 family of aircraft. It is the rebirth of the CSeries family from Bombardier. Thus CS100 becomes A220-100 and CS300 becomes A220-300. The event took place at the Henri-Ziegler delivery center near Toulouse.

The new aircraft family is optimized for the 100-150 market for seats, complementing the A320neo family, the best-selling Airbus.

This historic moment was marked in Toulouse by presenting the first A220-300 painted in the new livery. The aircraft landed around 12: 25, but not before operating a low-pass in front of Airbus officials and employees, but also media representatives.

Eric Schulz, Airbus Chief Commercial Officer, said he was excited about incorporating the A220 into the Airbus portfolio. Customers have provided positive feedback and are pleased with the aircraft's performance. The new A220 will enjoy all the Airbus support for development, promotion and marketing. 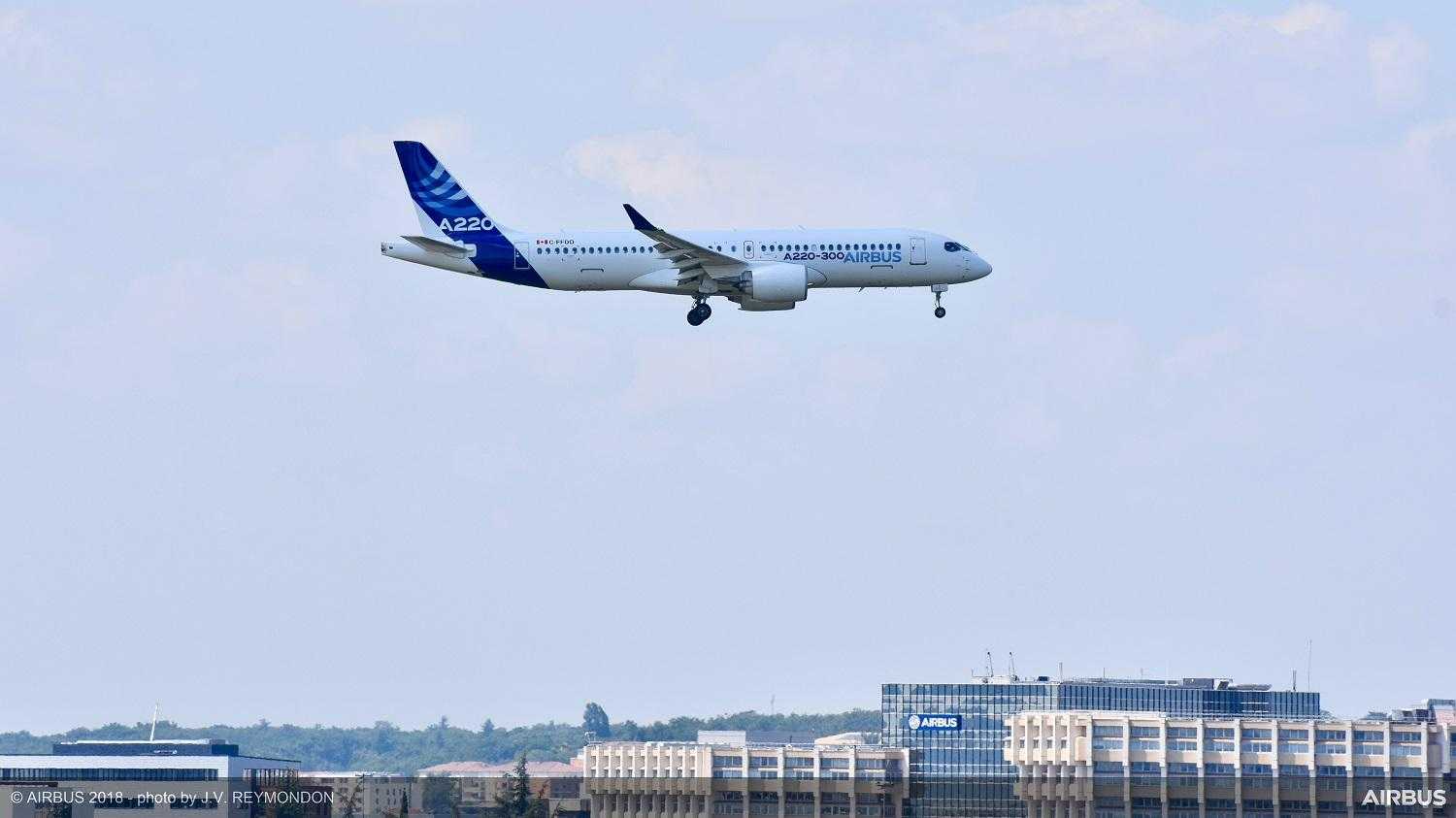