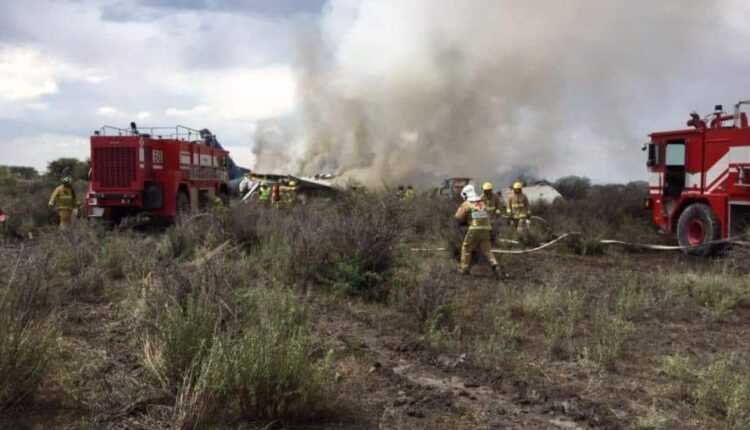 Aeromexico fired the pilots involved in the Durango accident

On 31 July, at approximately 15: 30 local time in Mexico, the Embraer E190 (XA-GAL) Aeromexico aircraft was involved in a plane crash. As a result, 49 people suffered injuries and were hospitalized. There were 103 persons (99 passengers and 4 crew members).

The investigators presented a preliminary report in which they concluded that weather phenomena played an important role in the accident. More specifically, this is a "microburst" phenomenon, which led to the aircraft crashing immediately after take-off.

Qantas has suspended most international flights…

China cancels 1200 flights to / from Beijing due to…

The General Directorate of Civil Aeronautics of Mexico (DGCA) also stated that there were numerous simulations with different flight crews, which experienced the weather conditions similar to those on the AM2431 flight. In all cases, the results were the same: accident. This helped investigators conclude that pilots are not guilty of procedural errors made during take-off.

Despite these results, which show that the pilots are not guilty of the accident, Aeromexico fired the 3 pilots in the cockpit. Andrés Conesa Labastida, CEO of Aeromexico, said that the 3 pilots "violated the company's policies and procedures".

Labastida added: "We will not tolerate the behavior of these people, which may jeopardize the confidence that Aeromexico enjoys over 20 of millions of customers worldwide."

It all started from the fact that in the cockpit there were 3 pilots, not 2 as normally happens. One of them was in the training stage and took the right position until the aircraft aligns for take-off. Then the commander took the sleeve and started the take-off procedure.

Investigators noted that these details are irrelevant to the accident. But Andrés Conesa Labastida was not of the same opinion.