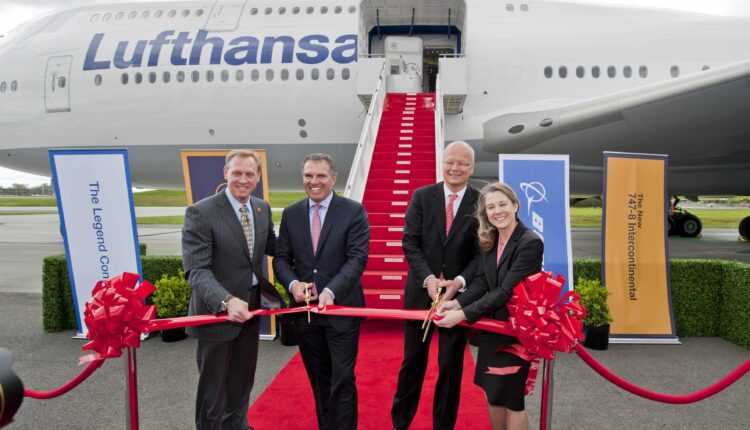 The aircraft Boeing 747-8i Lufthansa (D-ABYA) came home in hangars of the German airline. As we announced a week ago, Boeing delivered the first 747-8i to one of Europe's largest operators - Lufthansa.

After two days of ceremonies and performances, D-ABYA landed in Frankfurt. This is the largest aircraft built by the US manufacturer of civil aircraft and begins a new era in commercial aviation.

It will enter the "bread" of the summer on route Frankfurt-Washington DC. Until then, I invite you to follow the photo gallery below!