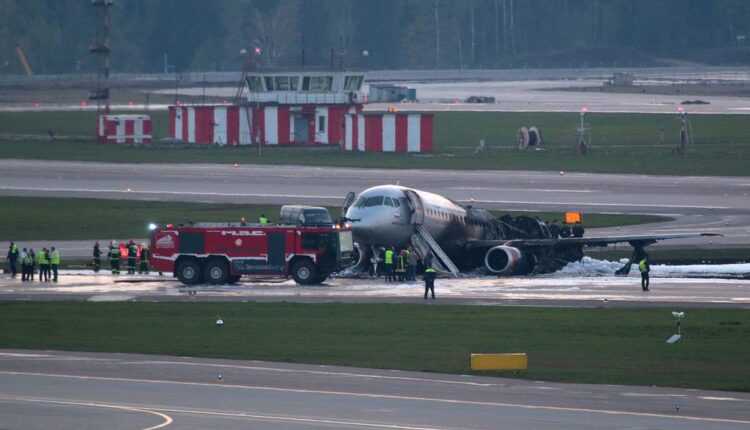 In the evening of 5 May 2019, the aircraft Sukhoi Superjet 100 Aeroflot (RA-89098) was filmed while landing in flames at Sheremetyevo International Airport, Moscow.

Very important information was provided by the images taken by an amateur. He filmed the moment before the fire.

Sukhoi Superjet 100 Aeroflot, in flames to impact with the ground

Looking at the pictures, we notice that the Sukhoi Superjet 100 Aeroflot aircraft comes to the flame-free landing. In the landing procedure, the plane swings. The pilots miss the first attempt to put the wheels down, and the second attempt leads to the tragedy.

The impact with the ground was very violent. The aircraft touches the ground with the rear, the landing gear ceases and the fire breaks out

Now we have also answered the question: "Where were the firemen?" The pilots announced an emergency landing, set the emergency code, but the fire started to hit the ground hard.

Below are some footage shot from the plane.

We remind you that it is a Sukhoi Superjet 100 Aeroflot aircraft, indicative of RA-89098. It had been around 2 for years since the first flight, in June 2017.

Your video Jacdec.de / We thank the reader Parfenov Razvan, who presented us these videos.