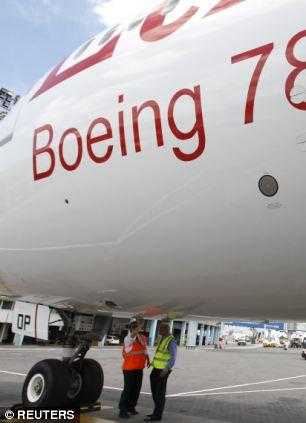 Boeing 787 Dreamliner aircraft are in the air again (photo / video)

Earlier this month, Boeing has successfully completed tests for certification of new batteries at 787 Dreamliner. Then it was a matter of time until the FAA lifted the flight ban for this type of aircraft.

The new battery has been approved and accepted by all international aviation organizations, including in Europe and Japan, areas where the level of air safety is set very high.

All Nippon Airways, the operator with the largest fleet of Boeing 787 Dreamliner aircraft, has begun a series of tests with the 787 aircraft. "Once it has been roasted, ANA is now blowing in yogurt." They will perform over 230 test flights before commercial flights. Although things are moving very fast, ANA plans to resume official flights with 787 from June 1.

LOT Polish Airlines has already announced the 787 aircraft operating program. It will resume commercial flights from June 5 on the Warsaw - Chicago route, June 7 will operate Warsaw - Toronto and June 30 will introduce the 787 Dreamliner on the Warsaw - New York JFK route.

United Airlines, the only US carrier that has this type of aircraft in the fleet, plans to resume flights with Boeing 787 at 31 May 2013. The aircraft will operate flights on the Houston - Denver route.

Japan Airlines, the airline that owns 7 787 Dreamliner units, will run a few tests before the official flights, which will resume from June 1.

Boeing has promised to upgrade all 50 787 Dreamliner aircraft by mid-May, in the order in which they were delivered. Currently, 8 airline operators own this type of aircraft: All Nippon Airways (17), Japan Airlines (7), Air India (6), United Airlines (6), Qatar Airways (5), Ethiopian Airlines (4), LAN Airlines (3), LOT Polish Airlines (2).