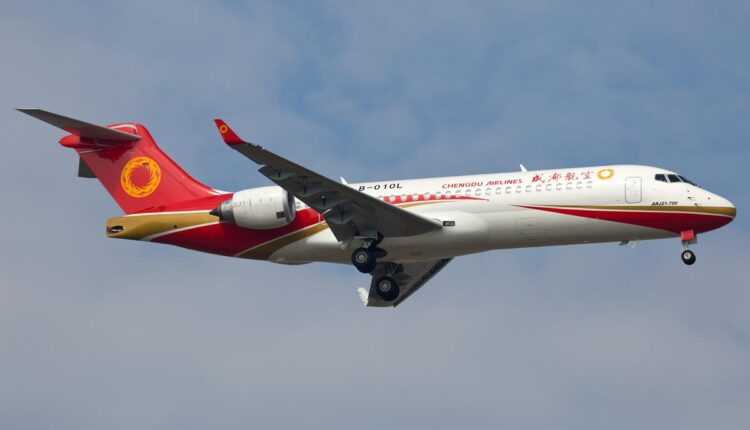 By Sorin Rusi Last updated NEVER APR , NEVER
0 148
Share
Delayed plane? Flight canceled? >>Claim compensation now<< for delayed or canceled flight. You can be entitled to up to € 600.

Comac ARJ21 regional aircraft, which are developed and manufactured in China, have accumulated over 10 000 flight hours.

By the end of March 2019, ARJ21 aircraft carried approximately 320 000 of passengers. The figures were provided by Chengdu Airlines.

Based in Chengdu, Sichuan Province in southwestern China, Chengdu Airlines was the launch customer of Comac ARJ21. The first ARJ21 aircraft was received in 2015, but entered operational service on 28 June 2016.

To date, it has received 11 aircraft from the 30 ordered and frequently uses them on regional flights to 20 from Chinese cities.

Comac ARJ21 is the first regional aircraft developed in China. It can carry between 78 and 90 passengers, depending on the configuration chosen. It has a flight range of approximately 3700 kilometers.

From April 7, TAROM will operate flights to New Istanbul Airport