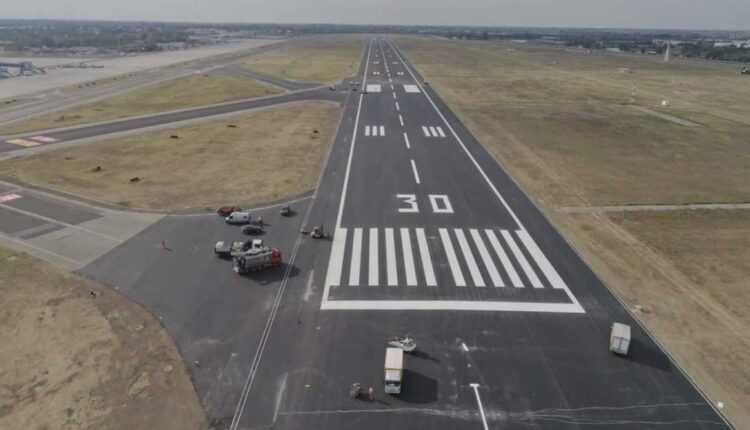 On September 11, at 06:00, Bologna Airport closed for the modernization of the infrastructure. Here, after 11 days, Bologna airport was reopened to air traffic. But let's see what was done during this "lockdown" period.

The total value of the investment amounted to 10.7 million EURO. The work included the rehabilitation of a large part of the runway (1.6 kilometers), the rehabilitation of the "Charlie", "Delta" and "Echo" connections (total length of 1 kilometer), the restoration of markings and the installation of 500 lights on the runway to modernize the Bright system. Visual Aids.

Also, new pipes were installed to remove rainwater over a total distance of 2,8 km, plus a new sewer.

It was a complex and impressive construction site, involving 30 companies with about 450 people and 350 vehicles. We worked in three shifts to ensure the work was carried out 24 hours a day.

A number of works were already scheduled before the COVID-19 pandemic and could not be postponed. On the other hand, the runway interventions were scheduled for 2022, but were combined in these works executed in September 2020, precisely in order not to have to block the airport in 2 years.

After the reopening of the airport, the first plane landed at 02:03, on September 22. It belonged to the cargo company TNT and flew from Liege. The first passenger flight was operated by Brussels Airlines, on the route Brussels - Bologna.

Vola.ro requested reimbursements of over 6 million EURO for 41 customers