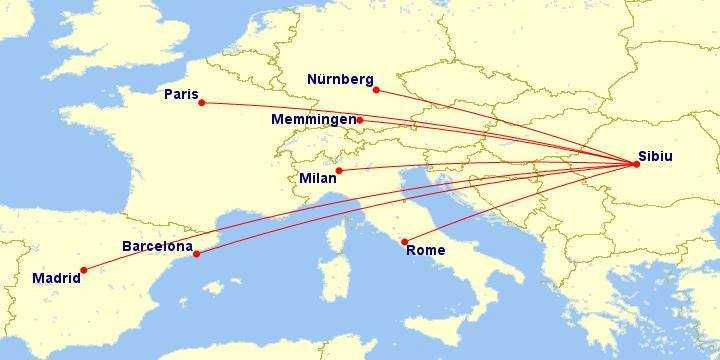 SIBIU Airport has taken 7 new routes to the auction

The financial aid for the new routes is granted on the basis of the aid scheme approved by the Decision of the European Commission C (2013) 3095 final - State aid SA.35908 - Romania - Establishment aid for the airlines departing from the Sibiu International Airport.

The object of the auction is the increase of direct connections, respectively new destinations between Sibiu County and a number of European destinations.

The public selection procedure is organized for the opening of new routes, respectively the development of air links between Sibiu International Airport and the following destinations in Europe. Weekly minimum frequencies for new destinations are 2 for each route.

READ: New 2016 routes from / to destinations in Romania!

The proposed routes are routes that were not served by the Sibiu International Airport in the previous year.

From our information, Wizz Air would be the company that wants to operate some of the routes mentioned above. Should we expect other airline operators?