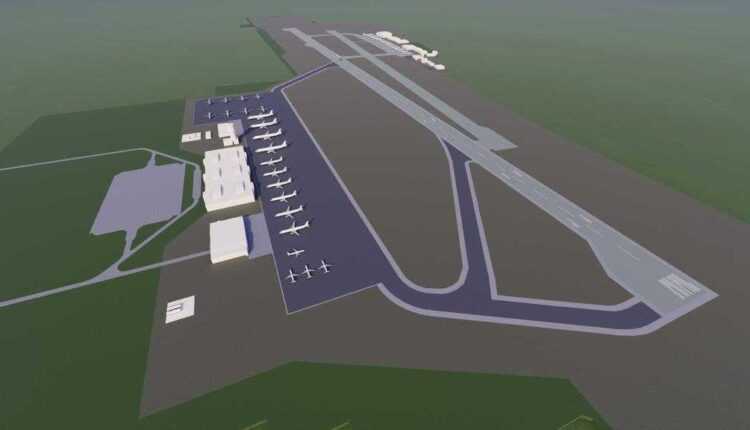 By Sorin Rusi Last updated 10 Sept , NEVER
0 3.620
Share
Delayed plane? Flight canceled? >>Claim compensation now<< for delayed or canceled flight. You can be entitled to up to € 600.

As we have been accustomed to for 30 years, around the local / legislative or presidential elections, in Romania the widest events take place which show the “achievements” or the future great projects.

The other day, such an event took place in Iasi. After several years of stagnation and even with tense periods at Iasi Airport, the authorities came out to present us with a plan for the future. Don't comment on it. You have it below and you can comment on it yourself.

Master Plan for the modernization of IAȘI Airport

The expansion of Iasi Airport is an important pillar of economic development for the North-East Region. The two variants of the Master Plan for the Development of the airport were presented to the local authorities, the representatives of the public institutions and the media.

"Today was presented the version of Master Plan for Iasi Airport, in order to develop for a period of at least 15 years from now. Basically, the company that represents the winning consortium of the tender exposed the scenarios of the expansion of the airport both on the East and on the West, as they will be submitted to the debate of the Iași County Council, next month.

The western part is the part we are on today, where the terminals of Iași Airport operate, and the eastern part is beyond the runway and represents an alternative for the development of the airport. As for the costs, they will be established by the subsequent documentation, but we left with an evaluation of the Master Plan of 125 million euros ", said Cătălin BULGARIU, General Manager of Iași Airport.

IASI Airport will be modernized in the East and West

„Iași Airport is a strategic objective for the Iași County Council, which is why we have always supported its expansion and modernization. I am glad that we are entering a straight line with the Master Plan, and the analysis of both development variants, both in the West and in the East, is the best solution to make the right choice in terms of starting large investments. for the aviation sector here in the heart of Moldova.

The highway that connects the region with the rest of the country, but also leads to Europe and beyond, Iasi Airport will always respond to the challenges of this sector, and passengers who will transit it will benefit from the best services ", said Maricel POPA, president of the Iasi County Council.

„SC Consitrans has an ongoing contract with Iași Airport for the realization of a Master Plan, followed by a feasibility study. So far, two stages have been completed: the initial report and the report analyzing the existing situation and the need for further investments have been submitted.

In the third report, which we presented today, as an early stage, we set out the two scenarios for expanding the airport, one on the East and one on the West, which we will analyze, following that at the end of the month. October to have a clearer picture of the costs and technical implications of implementing the Master Plan. There are two identical scenarios in terms of processing capacity that will be subjected to a multicriteria analysis, in order to identify the best option ", said Alexandru Bărbuceanu, representative of SC Consitrans SRL

What do you think? Is this Master Plan sustainable, reliable and feasible?

Italy maintains a 14-day self-isolation for all those traveling from Romania, until October 7