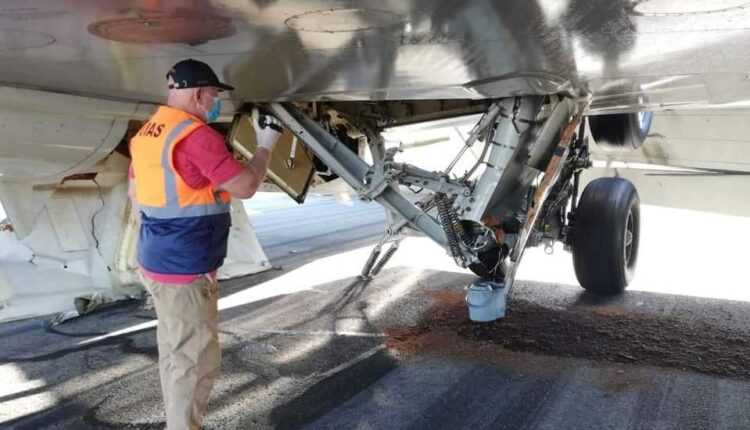 AIAS is investigating the aviation accident that occurred on 28.08.2020 at Baneasa Airport

The Civil Aviation Safety Investigation and Analysis Authority (AIAS) was notified on 28.08.2020, around 15.00 (local time), regarding the occurrence of a civil aviation event at the “Aurel Vlaicu” International Airport Bucharest-Băneasa (ICAO code: LRBS), in which she was involved a Boeing 767 aircraft with N423AX license plates.

From the first information, in the taxi after landing on runway 07 of the International Airport "Aurel Vlaicu" Bucharest-Baneasa, the main landing gear on the left side of the aircraft failed.

Passengers and crew members on board were disembarked safely.

This civil aviation accident is the subject of a safety investigation. In this regard, AIAS appointed a commission of inquiry, which went to the scene of the event to gather preliminary information and conduct the first investigative activities., in order to determine the causes and circumstances that led to the occurrence of this aviation accident.

A preliminary safety investigation report as a result of this event will be released by AIAS within 30 days.

Transit through Hungary will only be allowed under certain conditions. See what they are!