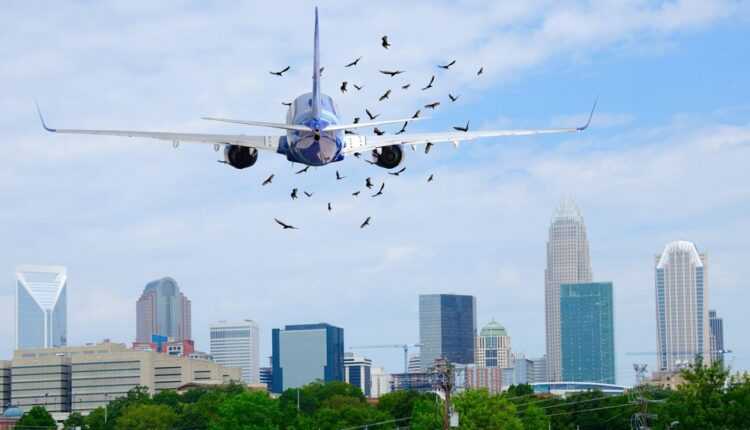 In the “AIAS Annual Safety Report” published in 2020, bird collisions were identified as the most reported type of civil aviation event. These events are a topical issue, causing annual damage to aircraft internationally and nationally. In Romania, a significant percentage of events reported at national level is registered and it is an important safety issue for civil aviation, which requires analysis.

This report analyzes the collisions with birds, produced in Romania near international airports in the period 2010 - 2020, which aims to inform the interested public on the national situation of such events, which involved aircraft used by commercial aviation, as well as of their effects on flight safety.

This analysis aims to show what is the risk assessment of the security issue addressed and how it is affected by the level of security for commercial civil aviation operations.

For the analysis, information registered in the national ECCAIRS database was used, following the events reported in the period 2010 - 2020.

The graph below shows the situation for 2020, in which a number of 135 events were registered, being below the average of the last 9 years, which is equal to 163,4 events per year, with a percentage lower by about 58% compared to from the previous year. This fact is a direct consequence of the global SARS-CoV-2 pandemic, which had its starting point in Romania in March 2020.

Graph 1 shows the percentage rate of reported bird collisions, calculated from the total number of events recorded in the national database. The values ​​of this rate are between 6,9% - 13,2%, with a 10-year average equal to 10,4%. From this calculation we understand the production rate of the event at national level.

Of the total events of this type recorded in the period 2010-2020, 1183 were minor and without affecting safety. The remaining 551, representing 32% of all such events, were included in the incidents.

Taking into account the flight phases, the report says that 81% of these bird collisions occurred on takeoff and landing. Information on the affected aircraft side or on the airports with the most such events can be found in the AIAS report.

The report is very complex and interesting, so we recommend that you analyze it below.

It is an initial analysis of collisions with birds, registered in the national database, which aims to create an image of this type of event. This type of event is one of the most common, whose risk cannot be completely eliminated, but can be reduced.

Also, the important points of this report are:

Such events also known as "bird strikes" happen all over the world. In most cases, the aircraft suffers minor damage, without compromising flight safety. But there were also very serious cases, and here we remind you of "The miracle on the Hudson River”. The two engines of the plane were severely damaged by a flock of birds.

Also due to collisions with birds, a Airbus A321 URAL Airlines landed in the cornfield. Both engines failed after colliding with a flock of birds.

If you witness such an incident, keep your footing and pay attention to the cabin crew's urging. Pilots are trained for such unpleasant events.

Blue Air is the largest air operator between Greece and Romania