By Sorin Rusi Last updated NOT ANYONE. , NEVER
1 307
Share FacebookTwitterPinterestLinkedinWhatsApp

Last day, the new low-cost airline was presented under the maple leaf - Air Canada Rouge. The new carrier will have a hybrid status and will combine low-cost items (eg, smaller seats) with full service (eg free on-board catering). It will have a similar status to the Austrian operator FlyNiki.

The name Air Canada Rouge is a combination of the name of the Canadian full service operator "Air Canada" and the French "Rouge" (Red) which means hope, fun, warmth.

The low-cost operator Air Canada Rouge will start operations in July 2013 and will operate flights to tourist destinations in Europe and the Caribbean. Will work with Air Canada Vacations. It will fly to: 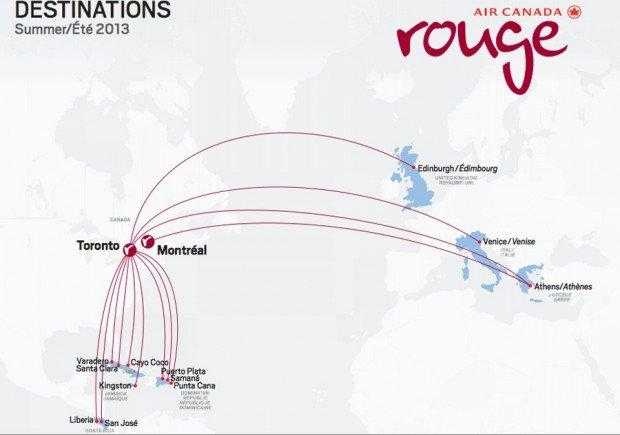 It will operate a fleet of two Boeing 767-300ER for trans-oceanic flights and two Airbus A319 for the Caribbean. The aircraft will be delivered by the parent company in May and June. After receiving the new 777-300ER and 787 Dreamliner aircraft, Air Canada will transfer the low-cost subsidiary to 50 of Boeing 767 and Airbus A319 units.

With the launch of Air Canada Rouge, 200 will also create new jobs for pilots and flight attendants.