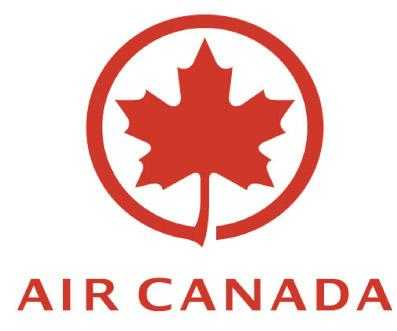 Air Canada (Montreal), Canada's largest airline, announced the plan to expand its operational network to Europe, starting with the 2014 summer season. The flights will be operated from Toronto (Pearson), Montreal (Trudeau), Vancouver and Calgary bases.

From 18 June to 2014, Air Canada will re-introduce flights to Milan (Malpensa), being the only air carrier to connect Canada with the main city in northern Italy. The service will be honored with 5 weekly flights, on board Boeing 767-300ER aircraft configured in two classes.

Air Canada operated the last flights to Milan in March 2002 by Canadian Airlines.

Air Canada will increase flight frequencies on the following routes:

Air Canada Red is a subsidiary of Air Canada and appeared on the market in December 2012, and the first flights operated on 1 July 2013. The new Canadian air carrier has a hybrid status, is semilow-cost and flies to destinations in Europe and the Caribbean. In the summer of this year, Air Canada Rouge linked Toronto and Montreal to Athens, Venice and Edinburgh. Plans on 2014 are great, already announcing new European destinations.

Starting June 21, Air Canada Rouge will reopen the route to Lisbon and operate three weekly flights on Mondays, Wednesdays and Saturdays. The flights from Lisbon will be operated on Tuesdays, Thursdays and Sundays. The flights will be honored with Boeing 767-300ER aircraft. The program was announced until September 21 2014:

The last flights on the Toronto - Lisbon route were operated by Air Canada in November 1990.

Between June 26 and September 13, 2014, Air Canada Rouge will reopen the Toronto - Manchester route. It will operate 5 flights a week, on Mondays, Tuesdays, Thursdays, Fridays and Sundays, with Boeing 767-300ER aircraft.

Air Canada operated the last flights on the route Toronto - Manchester in September 2007.

Between June 5 and October 13, 2014, Air Canada Rouge will operate 3 flights on the Montreal-Nice route on Tuesdays, Thursdays and Sundays. Operational program:

Air Canada operated the last flights on the Montreal-Nice route in March 1995.

Between June 4 and October 11, 2014, Air Canada Rouge will fly twice a week on the Montreal-Barcelona route. Operational program:

Air Canada operated the last flights on the Montreal-Barcelona route in August 2011.

Etihad Airways will fly to Los Angeles, California from 1 June 2014