Air France, France is in the air 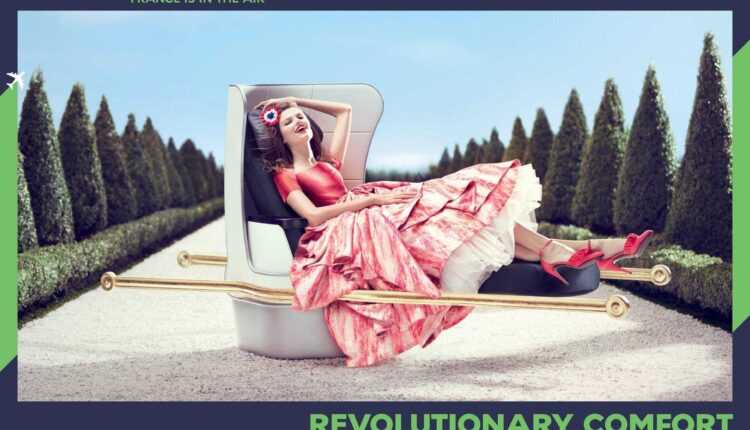 Air France, France is in the air

By Sorin Rusi On NEVER APR , NEVER
2 289
Share
Delayed plane? Flight canceled? >>Claim compensation now<< for delayed or canceled flight. You can be entitled to up to € 600.

Air France launches a new advertising campaign, entitled "Air France, France is in the air". This new Air France signature is part of the ambitious Transform 2015 program and comes as a change 15 years after the launch of the slogan "Air France - Making the sky the best place on earth".

The advertising campaign developed by Air France globally will run in print, in 12 countries: France, Germany, Brazil, Canada, China, Spain, USA, Italy, Japan, Russia, Senegal and Switzerland, but also in the online environment and the radio. The campaign, created by the advertising agency BETC Paris, includes 6 visuals illustrating the services offered by Air France: the comfort of A380 aircraft, the new La Premiere class, the new Business class, the gastronomy, the developed network and SkyPriority (priority services offered over 1000 airports in worldwide). In addition, other 12 visuals are used to represent the main destinations served by the French company (Paris, New York, Brazil, Japan, China, Africa, Italy, etc.).

The new campaign slogan "Air France, France is in the air" was strategically designed in English, to demonstrate the openness and global spirit of the company. This slogan also highlights the most important values ​​of France and the promise of Air France to offer its passengers a French experience on board (the art of living, top brands, famous chefs).

On the occasion of this new image campaign, Air France also left a competition on Facebook page of the company, with daily prizes consisting of two intercontinental air tickets. Through the app The travel book, we want to promote the company's destinations through a game that involves finding hidden visuals on different media platforms. Every day, until 6 in April, a winner is awarded with 2 airline tickets on a long-courier route, and at the end of the game, two long-courier tickets will be offered to Business class.

"2014 is, for Air France, the year in which advertising plays an important role. We promote the luxury quality of our products and services, new destinations, changes in the digital field, as well as low prices. This campaign is a great investment in our brand and is integrated into the Transform 2015 plan ", said Frederic Gagey, Chairman & CEO of Air France.

TAROM news in the 2014 summer season