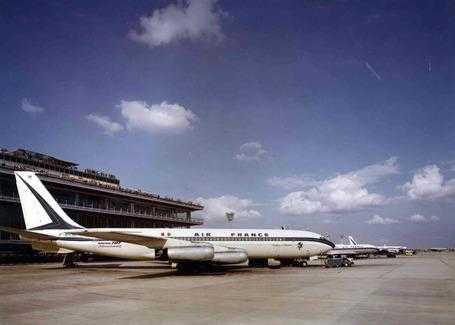 Air France launched the 1947 route Paris - Pointe-à-Pitre, Small Antilles. The first flights were made with the Latécoère 631 aircraft. The flight took about 30 hours and had 2 stops. The aircraft could carry a maximum of 46 passengers + 5 crew members. In 1950, Air France introduced the Lockheed Constellation and increased the number of seats on the flight to 90.

10 years later, Air France introduced the Boeing 707 and thus reduced the number of flight hours to 8 and increased passenger capacity to 189.

And we are approaching fast today, but we stop at 2007, when Air France introduced a Boeing 777-300ER on the Antilles route. The same type of aircraft is also used in 2012, and the flight duration remained at 8 hours for more than 50 years! The number of seats was reduced to 468, but the services and comfort on board the aircraft increased.

This was the short story of 65 years operated by Air France on the route Paris - Pointe-à-Pitre! Below is the birthday video!