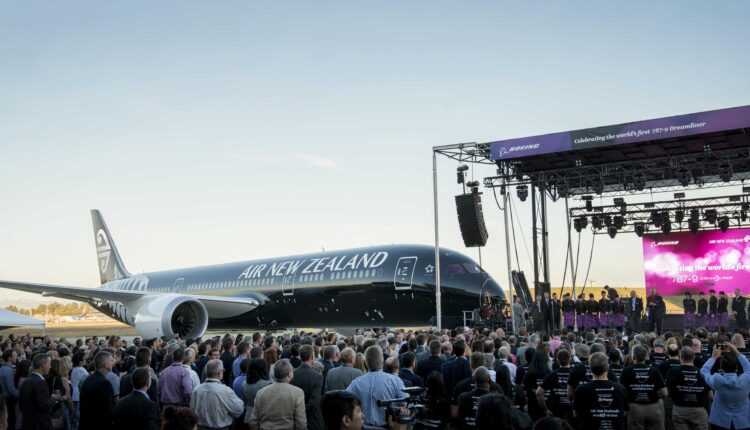 By Sorin Rusi Last updated NO ONE. , NEVER
0 425
Share FacebookTwitterPinterestLinkedinWhatsApp

During yesterday, Air New Zealand it came into the possession of the first Boeing 787-9 Dreamliner. The ceremony took place at Everett's Boeing Base and was attended by approximately 1000 of Boeing employees (those who put their shoulders on the 787 project), Air New Zealand representatives and special guests.

The first 787-9 Dreamliner, from an order of 10 units, comes in a new livery, a chromatic composition all-black which we will find on several aircraft in the Air New Zealand fleet.

For starters, Air New Zealand will operate the first Boeing 787-9 on the Auckland-Perth route this year, most likely starting with 15 October 2014, and Tokyo and Shanghai starting November 2014. Prior to its official debut to Perth, the aircraft will operate several flights to Sydney, Melbourne and Brisbane.

787-9 complements and extends the 787 family. With a longer fuselage with 6 meters above 787-8, 787-9 will be able to carry more passengers up to 40 and can fly up to 830 km longer. Although we are talking about a larger aircraft, Boeing did not discount performance, maintaining the reliability of a Dreamliner.