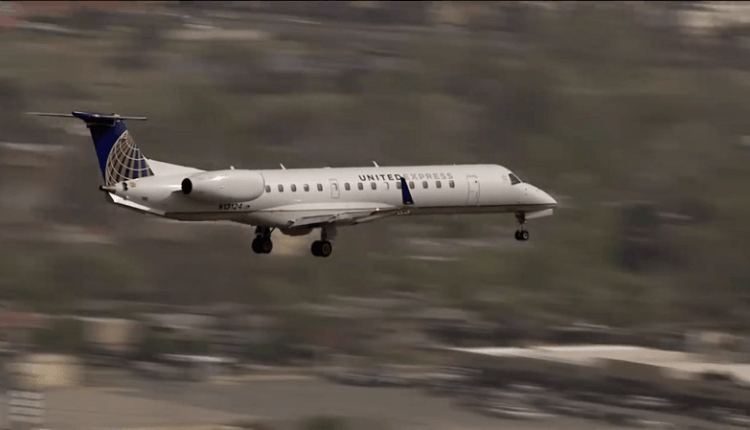 On 23 March 2016, a Embraer ERJ-145-XR (N13124) United Express was filmed during a sidewind landing / crosswind landing. The plane landed "like a manual" on the runway at Oklahoma City Airport (OKC), although the wind speed was 75km / h.

Landing a plane while battling the strong Oklahoma wind

Be careful when you're driving home! The winds are pretty strong today. This is video captured from Bob Moore Chopper 4 of a plane battling the Oklahoma wind.

As you can see, the pilots adopted it crab technique, holding the aircraft in an almost perpendicular position on the runway axis until close to the touchdown. Pilots experience matters!

3 amusement parks on the Romanian coast, in 2016