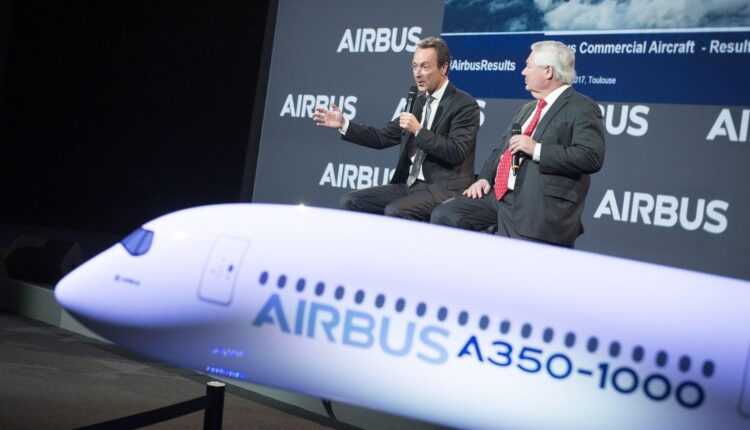 Today, 11 January 2017, Airbus held the annual conference in which he presented the results recorded in the previous year.

2016 was a very good year for the European aircraft manufacturer. The number of aircraft delivered exceeded the estimates, reaching 688 units to 82 operators. It is the new record for the company, for the 14 year of growth.

The increase was with 8% compared to the previous record of 635 of aircraft delivered, which was set in 2015. 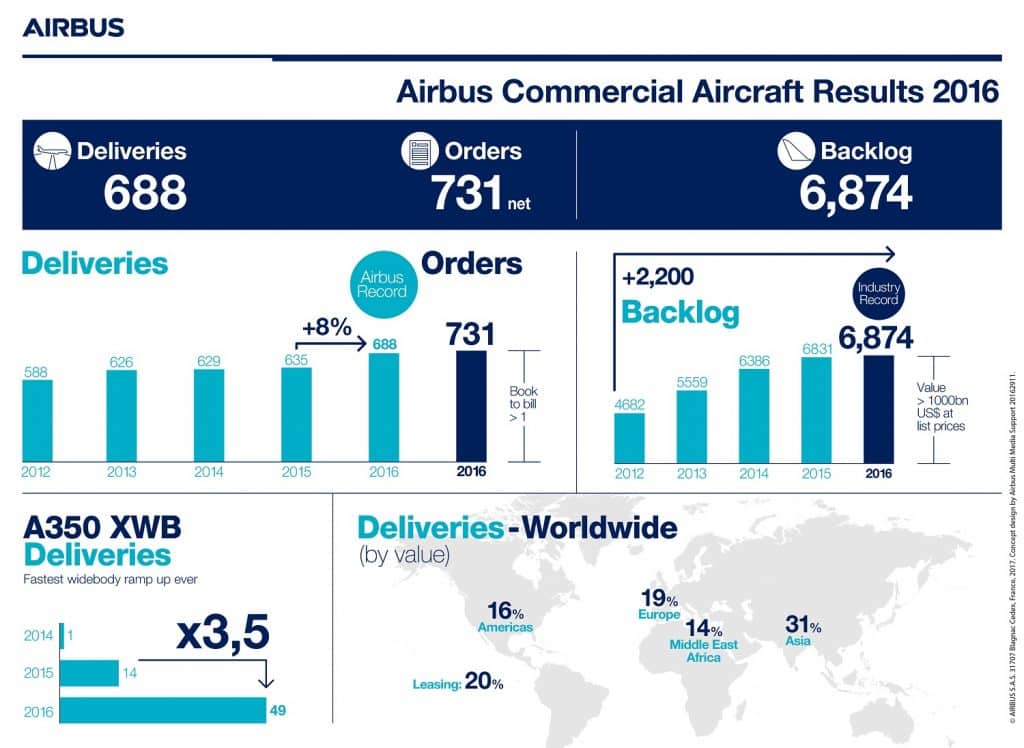 Notable events recorded by Airbus in 2016: Airbus A350-1000 on the first flight; 10 000 of Airbus aircraft, delivered in 42 years; The first Airbus A330neo take shape in Toulouse; Airbus planes flew in the family; First Airbus A330-300 Regional it was delivered to Saudia; was presented Airbus ACJ350 XWB, the VIP version of the new Airbus A350; The first flight operated by Airbus A321neo equipped with CFM LEAP-1A engines.

A great year for Airbus, but still in second place. Boeing has announced the delivery of 748 aircraft.

What to expect from 2017? To many others new aircraft launched and delivered.