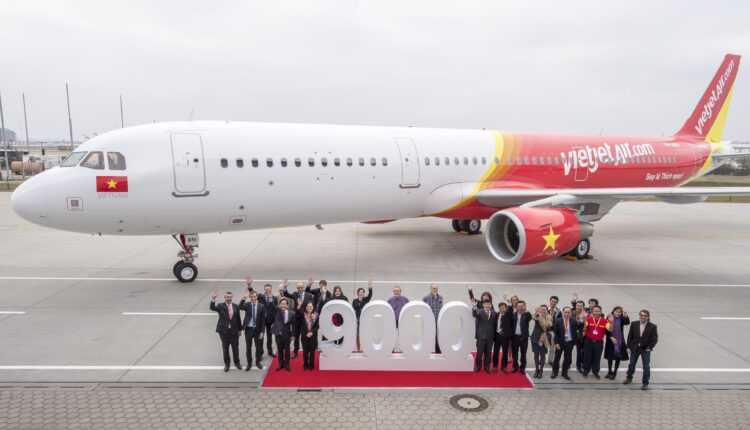 On 20 March 2015, Airbus reached 9000 of aircraft delivered. At an event in Hamburg, Germany, Airbus handed over the aircraft with the number 9000, a Airbus A321-200 VietJet Air. This is the first A321 in the Vietnamese operator's fleet.

VietJet Air started operating in December 2011! Currently, it has reached a fleet of 22 aircraft from the A320 family and is flying to 18 destinations in Vietnam and Asia. The Airbus A321-200 aircraft is the first in an order of 7 units placed in the 2014. 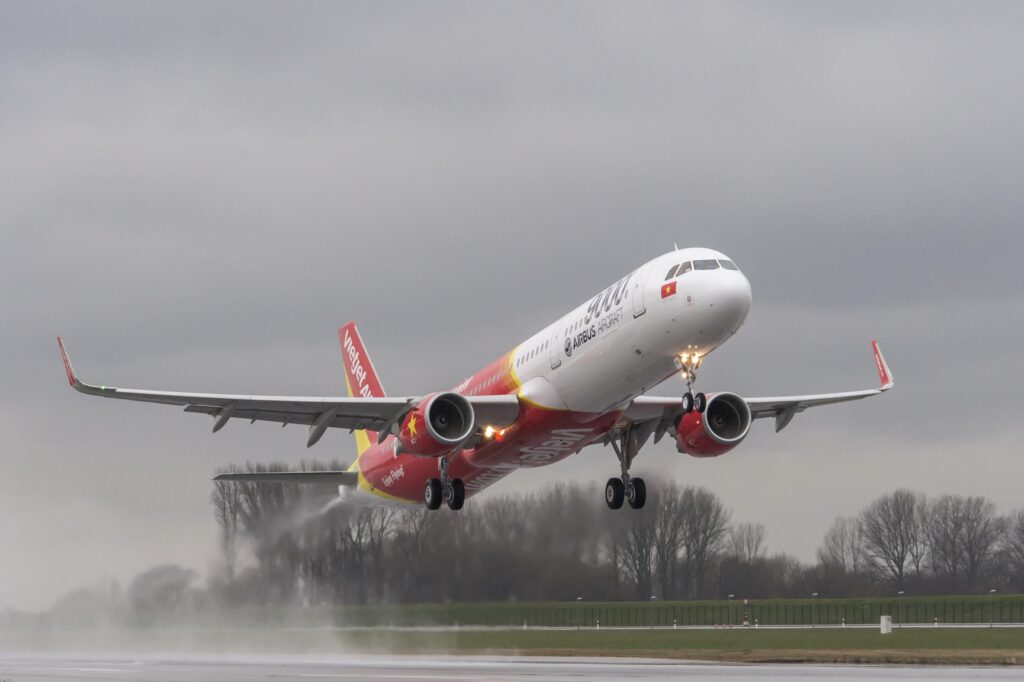 Returning to the 9000 threshold of delivered aircraft, it was reached in 41 for years, the first aircraft to enter the commercial service being an Airbus A300 and happened in 1974. Over the decades of 4 evolution and development, Airbus has increasingly upgraded its product lines, offering aircraft with capacities ranging from 100 to 500 seats. Currently, Airbus sells aircraft from the A320 family (single lane), A330 (two color), A350 (two color) and the unmistakable Airbus A380 (two color and two full floors). 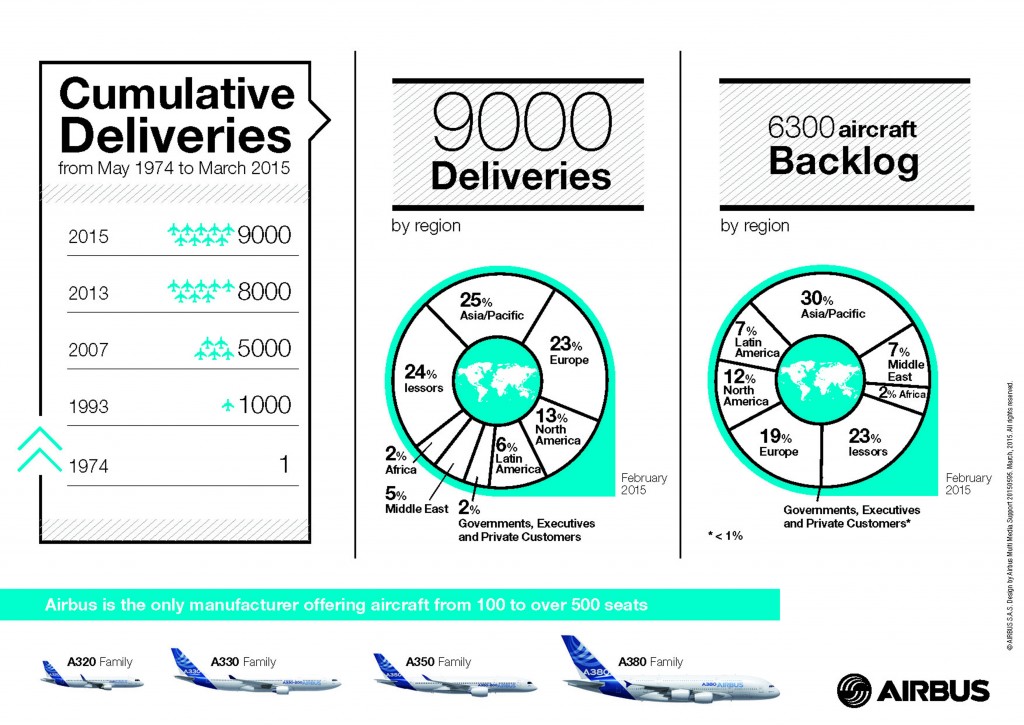 The 8000 threshold for delivered aircraft was reached in August 2013, and in less than 2 years, Airbus delivered 1000 aircraft. Over the past 10 years, Airbus doubled its annual deliveries and reached over 600 aircraft per year, a figure that is set to grow further.