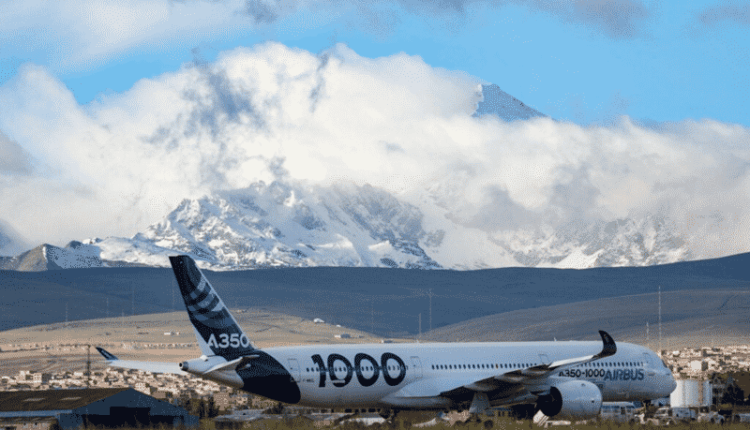 Airbus A350-1000 has shown its performance in Latin America

In March 2017, the aircraft Airbus A350-1000 (MSN071) has shown its performances in Latin America. Operated flights to airports: Cochabamba (Bolivia); La Paz (Peru) and Barranquilla (Columbia).

The tour lasted 10 days, during which time the plane was subjected to ground and air tests, under conditions of oscillating temperatures from 8C to 32C and altitudes up to 4054 meters (La Paz). Engine performance and aircraft maneuverability were tested.

Following these tests, Airbus gathered the necessary certification for the Airbus A350-1000 aircraft. The Trent XWB-97 engines performed very well under different operating conditions, from high humidity to high temperatures. These tests were done after, in February, the aircraft flew at -37 degrees in Iqaluit, Canada!

The 3 A350-1000 aircraft (MSN059, MSN071 and MSN065), which are part of the test program, are engaged in the type certification campaign. All this time, the aircraft's performance is pushed to extreme limits, well above the optimal and normal operating conditions.