Today I witnessed another historic moment in commercial aviation. The first Airbus A350-1000 (F-WMIL) took off for the first time. At the moment, as I write these lines, the aircraft is in flight in the southern part of France. It flies at 10 000 feet (just over 3000 meters), and the speed is 370 km / h.

The aircraft took off from the Airbus base in Toulouse, around the local time 10: 42. It is equipped with engines Rolls-Royce Trent XWB-97, the largest and most powerful engines mounted on a commercial aircraft.

Moreover, the monitoring of all parameters recorded by the Flight-Test-Instrumentation (FTI) station, which is behind the cockpit, is done by: Patrick du Ché, Head of Flight & Integration Tests; Emanuele Costanzo, Head of A350 Development Flight Tests and Stéphane Vaux, Flight-Test Engineer.

Taking advantage of the experience of the initial testing campaign for A350-900 (realized in 2014), the development program of A350-1000 will be shorter - less than a year and will include 3 aircraft. Thus, the certification of the new model will be done much faster, and the first A350-1000 will be able to be delivered in the second half of 2017. 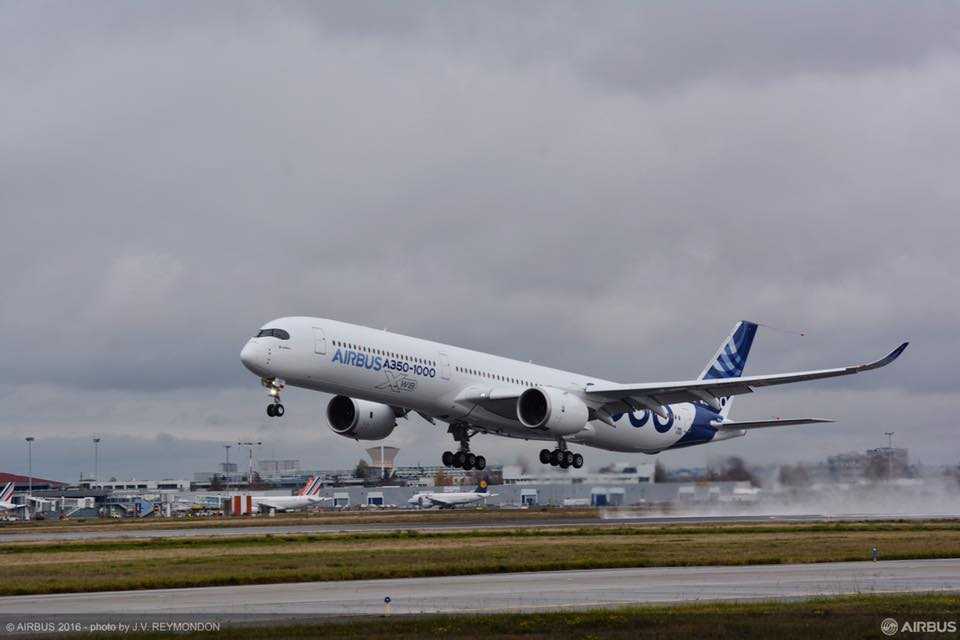 Airbus A350-1000 is the longest aircraft developed by Airbus, with a length of about 74 meters. It will be able to carry 40 passengers more compared to the A350-900 model. Wing modifications have been made, and the main landing gear has 3 axles - 6 wheels. And let's not forget the Rolls-Royce Trent XWB-97 engine, which develops a maximum traction power at takeoff of 97,000 lbf (430 kN). 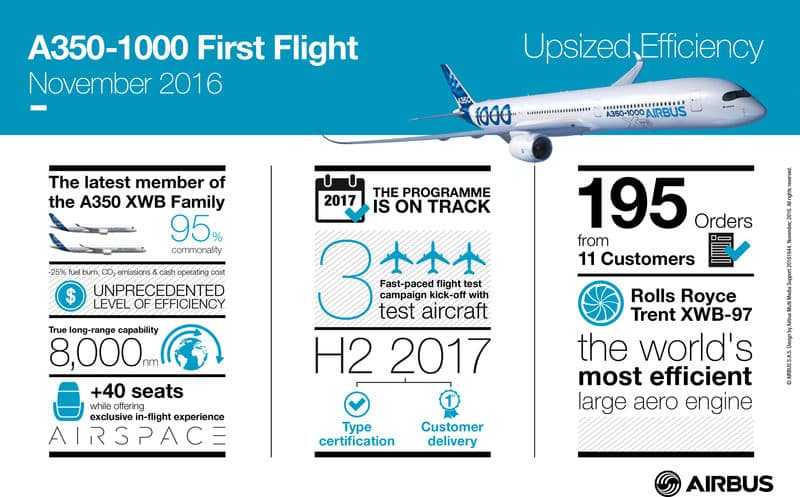 The importance of SSD in our technological life

Untold 2017, between 3-6 August / Flights and accommodation for Cluj