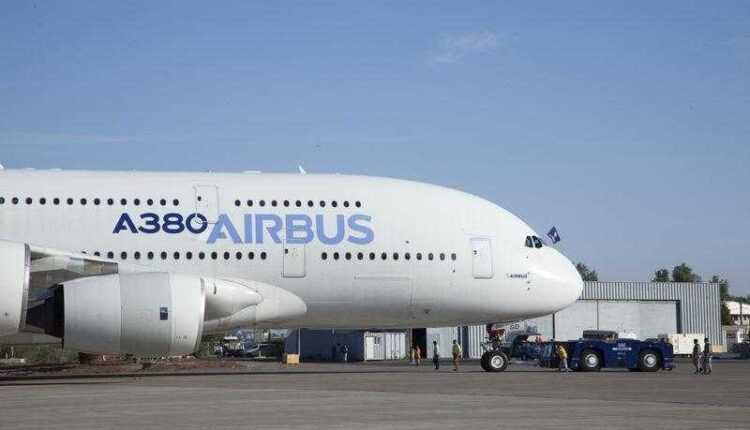 From March 25 to March 30, 2014, FIDAE 2014 will take place in Santiago, Chile. This is a regional exhibition of military and aerospace equipment, which will bring together more than 360 companies from 35 countries.

Airbus will not miss this great event in Latin America, and Airbus A380 will be the focus. The aircraft A380 (MSN1) took off from the base in Toulouse on March 23 and landed in Santiago on March 2014. The European aircraft manufacturer will present the latest passenger aircraft models at FIDAE (Feria Internacional del Aire y del Espacio).

MSN1 is the first A380 used for tests and operated the first flight in 2005. Its cabin is equipped with testing equipment, always developing the A380 program.

Airbus A380 is the largest passenger aircraft in operational service. From 2007 until now, over 120 units have entered the fleet of 10 air carriers. A380 can fly up to 15 200 km without stopping, with a maximum carrying capacity of up to 880 passengers in one class. This results in a very good cost / passenger / 1000 ratio of km, with a lower environmental impact.

The Airbus A380 fleet has accumulated over 1.3 million flight hours in approximately 155 000 commercial flights. To date, approximately 55 million passengers (we do not know if they are unique) have enjoyed the unique experience aboard an A380. Every 5 minutes, an A380 takes off or lands on the 30 network of airports approved for superjumbo.