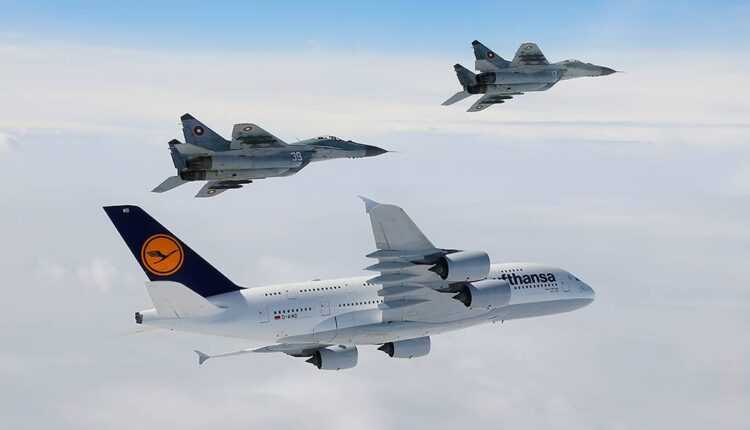 On 16 October, the aircraft Airbus A380 (D-AIMD) Lufthansa was escorted by 3 aircraft MiG-29 Bulgarian Air Force. It was not a crisis situation, but the way in which the Bulgarians marked the landing of one NOT at Sofia.

Below are some photos from the archive Bulgarian Air Force, which capture the moment of escorting the largest passenger plane in the world. 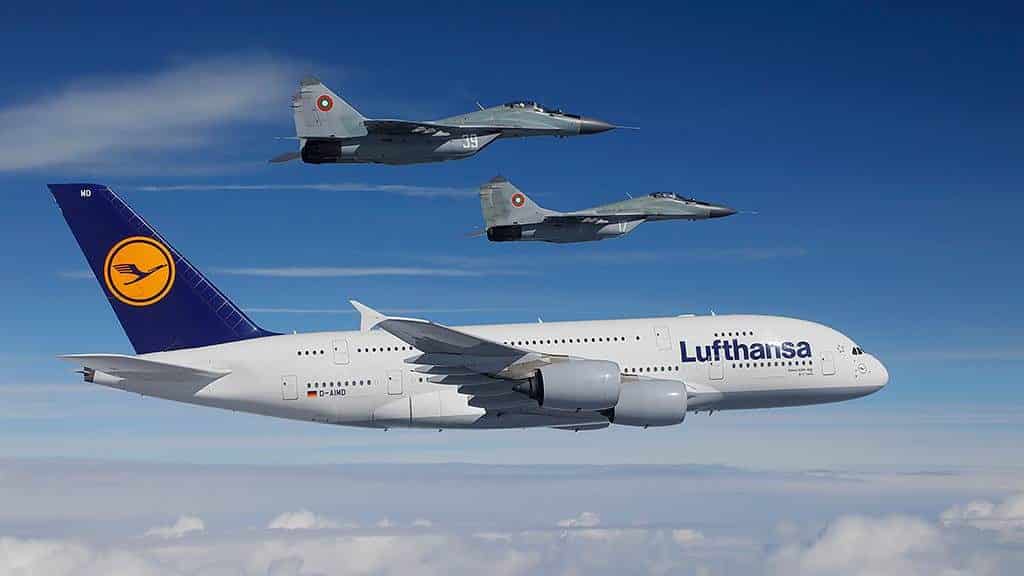 In the Bulgarian airspace, the plane DO NOT Lufthansa was escorted by 3 fighter aircraft MIG-29. 2 in simple order, 17 aircraft (pilot Nikolay Rusev) and 39 (pilot Lyubomir Slavov), and 1 in dual order, the 12 plane (pilot Methods Petrov Orlov and photographer Ognyan Stefanov).