By Sorin Rusi Last updated NOT ANYONE. , NEVER
0 4.408
Share FacebookTwitterPinterestLinkedinWhatsApp
Delayed plane? Flight canceled? >>Claim compensation now<<for delayed or canceled flight. You can be entitled to up to € 600.

Commercial aviation (passengers and cargo) is developing at an alert pace. Statistics show that the plane is the safest means of transport and is no longer a necessity, but a necessity. Passed 100 years since the first commercial flight, and the aviation reached thousands of daily flights, over 40 000 of cities connected by flights and over 8.5 million passengers transported daily. By a simple calculation, the figures show that over 3 billion passengers choose to fly by plane every year.

What's next? Airbus and Boeing estimate demand over 35 000 new aircraft in the next 20 years. Some will replace the current ones, others will help expand the operational networks. Currently, commercial aviation accounts for approximately 20 000 of civil aircraft and cargo in operational service. Aviation is growing, and over the years 20 the global fleet will reach 40 000 aircraft.

The largest passenger planes are Airbus A380 and Boeing 747, both models being equipped with 4 engines and carrying capacity of up to 800 passengers (A380) and 605 passengers (B747-8i) respectively. As in any free market, both models have found their place in airlines. 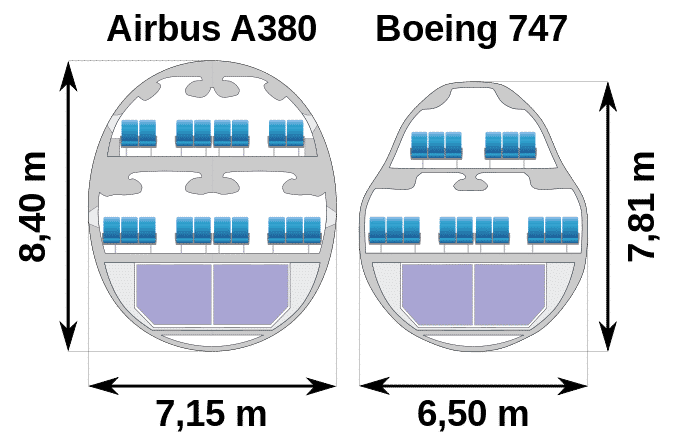 But are they still effective? Boeing 747 appeared in 1968, holding the market supremacy until 2005, the year in which Airbus launched A380 (the only 2 full-deck / double-deck aircraft). To maintain its market share, Boeing tried a refresh on the 747 range, launching the 747-8i. Newer engines, lower operating cost, increased comfort. 747 is unmistakable, having a "cockpit" (1.5 passenger decks). 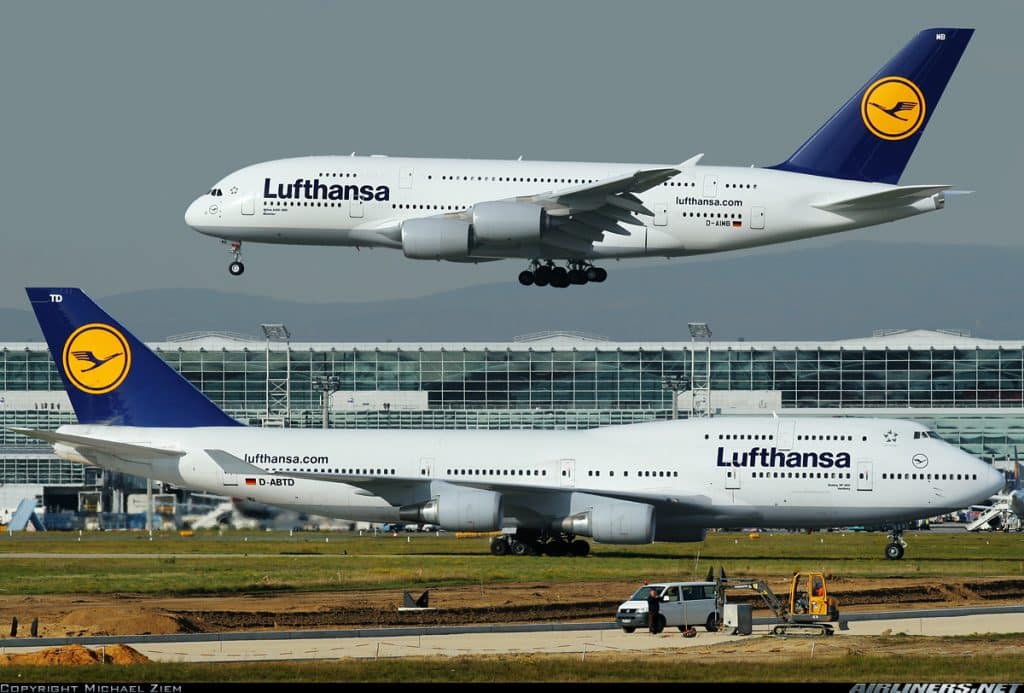 But it is not all about the operational costs, but also the size. Boeing 747-8 has a wingspan of 68.5 meters vs. The Airbus A380 has a wingspan of 79.8 meters. This gives the American model an advantage, being able to land on many more airports. 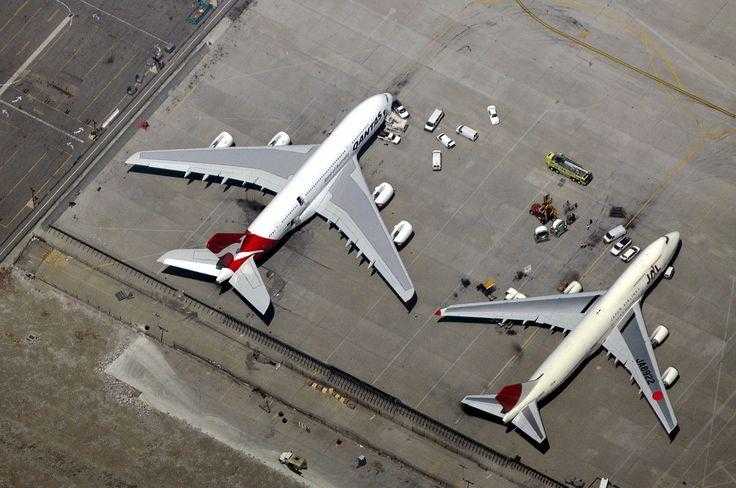 Example: "Henri Coandă" Bucharest airport can receive Boeing 747 aircraft, but it is not an approved airport for Airbus A380. EL Al operated a few flights with Queen of the Skies / Jumbo Jet.

Airbus has announced that it is working on a new SuperJumbo model, under the name A380neo. The only notable change is the engines. These would reduce fuel consumption by up to 2.82-2.65 liters / seat / 100 kilometers.

But the market for very large widebody aircraft seems to be shrinking. More and more airline operators are targeting twin-engined Boeing 787 or Airbus A350 aircraft. They can offer freelancers for long and very long flights, and the operational cost is much lower. 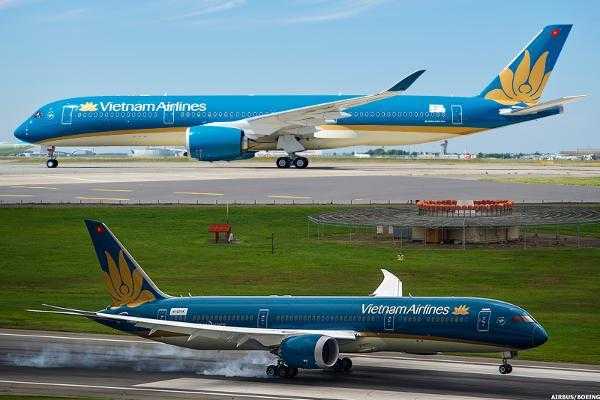 Airbus in partnership with Singapore Airlines is preparing A350-900ULR for longest flights by plane. This is where the real battle between the aircraft manufacturers borders occurs.