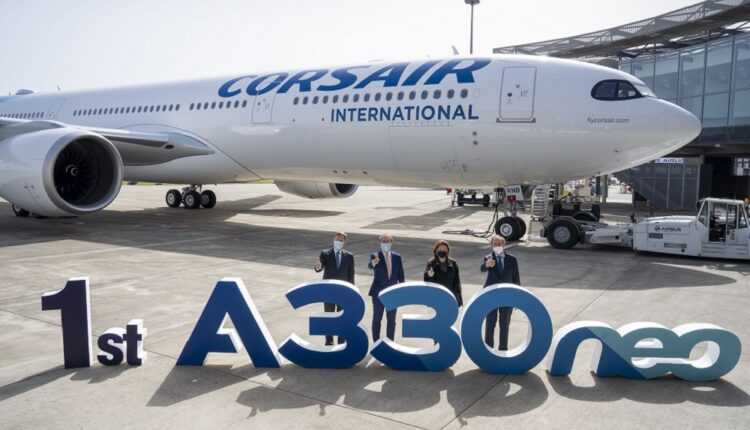 Corsair, a French charter airline, received the first Airbus A3330-900 aircraft, leased from Avalon. The aircraft will join the other 5 Airbus aircraft that the carrier already owns.

The aircraft has 352 seats, the aircraft being structured in three classes, offering all the comforts and facilities of the "Airspace" cabin, including state-of-the-art in-flight entertainment (IFE) and full WiFi connectivity throughout the cabin.

The A330neo is powered by state-of-the-art Trent 7000 Rolls-Royce engines. The aircraft will also be the first A330neo to have a maximum take-off weight of up to 251 tonnes. This capability will allow the airline to fly to long-distance destinations of up to 13.400 km (7.200nm) or benefit from another ten tonnes of payload on board.

The A330neo is a new generation aircraft and the successor to the extremely popular A330ceo wide-body family. In addition to the new engines, the aircraft benefits from a number of innovations, including aerodynamic improvements and new wings that together help to reduce fuel consumption and reduce CO2 by 25%.

Delta Air Lines unlocks the middle seats in its aircraft starting May 1, 2021.